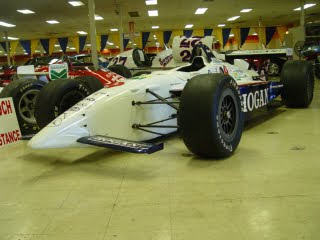 Whale I’m still not buying the “Party-line” over that Delta Wang thingy… (Futuristic Sex Toy?) But now Lola Cars has finally released their first ‘Pics of their proposed 2012 Indy Car concept, as I’ve even received another Press Release from Lola Cars…

And I’m still sittin’ on the sidelines over which new IndyCar replacement looks best, my ONLY requirement being that it KEEPS the concept of being an Open Wheel Racing Car! (As in NO Fenders/Wheel Fairings…)

Thus, once again I’ll defer to my Bloggaratzi Compadres in giving Y’all the scoop,

16th & Georgetown: Lola’s 2012 Concepts
For my insight(?) on the other three candidates, see: Holy Delta Wings Batman!
Posted by Tomaso at 9:29 AM