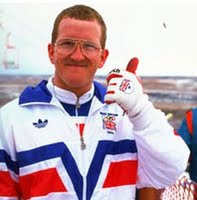 The Winter Olympics begin today in Vancouver, BC, when the Opening ceremonies will take part in BC Place tonight, in one of the only DRY venues of the Winter Games, before the actual competition commences on Saturday, Feb 13 and runs thru Sunday, Feb 28, with the Closing ceremonies occurring later that same Sunday evening.

You can check out countless hours of Olympics television coverage upon the Peacock Network, a.k.a. NBC, now a proud? Member of the cable TV behemoth known as Comcast.

Yet I’m not terribly excited by these games which are just Up North Eh! From my hometown, as after all it was these very games which sealed the fate of a most enjoyable Temporary Street Circuit event once known as Molson Indy Vancouver… As was it really 20yrs ago that I attended the inaugural event; SHEISA!

And quick, without utilizing duh Google-monster, who was the races inaugural winner? EEEEEEEEEEEEEEEEEEEE-ENT! Times Up! As I know the answer… It was none other then then rising Star ‘lil Al, a.k.a. Al Unser Jr. As I still DON’T get it, as residents routinely BITCHED about the noise, although leaf blowers weren’t’ a nuisance… As this event was truly a Fan favourite, NOT to mention extremely popular with the CART Drivers, as those ‘Kuh-Nucks simply enjoy their Motor Racing, eh?

Ironically, although NO official reason was ever given, if you check out the locale of the Olympic Village, you’ll notice that its located adjacent to False Creek, which is where the Champ Cars used to pound ‘round at high speeds over the bumpy streets, and I believe that the monstrous complex will then be turned back over to the city of Vancouver to become luxury Condos after the games.

And I recall on ‘Juan ‘O my last treks to the race, after its traditional Labour Day date had been changed to early August instead… I recall there being a massive 3D Diorama model encased in Plexiglas depicting the cities plans for the new race venue/city complex, a la “Monn-nocquoe” (Monaco) replete with a Pit lane ‘Walkabout boulevard As the city seeked to make its version of Long Beach a reality, yet now its simply gonna be wall to wall sky rises instead.

So although I coulda gone, and will probably tune-in to duh Peacock to watch selected events, I’ll always be just a bit jaded… Since after all we’ve LOST two great Open Wheel Racing events here in the Pacific Northwest which the Blunderheads at IRL DON’T seem too inclined to do anything about replacing… As in seriously? You’re gonna continue to SNUB the major metropolitan markets of Vancouver, BC-Seattle-Portland? As even Californians were gladly attending Portland’s race after the cancellation of Laguna Seca. Oh Never Mind!

Now where’s Eddie the Eagle when Yuhs needs him, eh? Tuh-Duh! Like I couldn’t have planned this better as none ‘utter then duh USA Today has answered my questione..