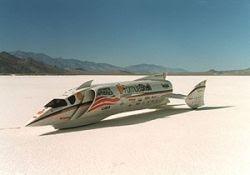 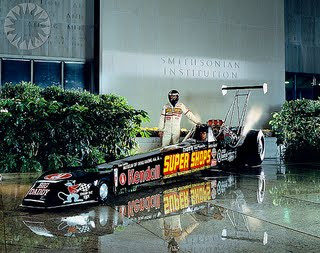 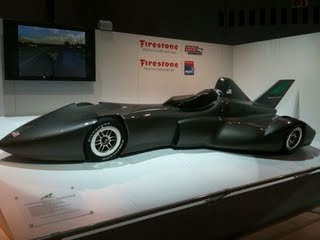 As I totally agree with THE ‘DAWG, as in this is a totally UGLY Racecar and looks to me like its more suited for someplace called Bonneville instead of.. Uhm? I don’t know, what’s ‘Dat place called? Oh yeah, I think it’s known as the Brickyard…

And this is what ALL of duh FREAKIN’ Secrecy was over??? WTF! I woulda kept it secret too, as I think it’s a total DUD! As I’ll take any of the Swift or Dallara concepts, since I haven’t seen any Lola Spy-pics…

Then again, is this just another Red Herring in order to make us wanna stick with the tried ‘N true Indy Cars? And I still DON’T get it… why can’t we have more than one competing chassis/engine package, eh?
UPDATESo le internets is awash with commentary upon the much ballyhooed unveiling of the Delta Wing Indy Car concept, which I’ve already noted my distaste for above.

Thus Oil Pressure’s story about the Junk formula seems well timed… While Pop Off valve has a most enlightening piece out, while I await The ‘G-Mann’s (16th and Georgetown) opinion, not to mention whether or not Mr. Earle, nee Jeffie of My Name is IRL will weigh in upon the matter…

The Delta Wing thing arrives
And I DON’T wanna say the Fans DESPISE IT – BUTT! The absolute hideousness of the Delta Wing unveiling even got the wrath of long unheard Kuhnaidiun scribe Meesh’s attention, who so bluntly penned the following title,
Ode to the Penis Car
‘
Nuff Said, eh?
Posted by Tomaso at 11:45 AM