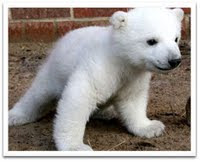 This past weekend while Y’all were watchin’ Dat Humdinger of all Roundy-round races, affectionately known as the DayToner 647hrs, with DannaCar’s SpinCar World Tour continuously playing on Duh Nation’s News making machines, along with ‘Dem Pickem-Up Trucks playing a rousing chorus of Pinball Wizard…

Over yonder in the Arctic reaches of Europe, the Kimster, neee Kimi Räikkönen began his baptism under fire in the opening round of the 2010 World Rally championship. (WRC)

Yet interestingly, Kimi AIN’T the only Big Name (Gun) having been brought in to resuscitate some intrigue into the WRC, where Sebastian Loeb has WON the last 6 consecutive WRC Crown’s…

Thus, there’ll be a total of five past Arctic Rally winners on hand with Petter Solberg, Jari-Matti Latvala, Mikko Hirvonen and Marcus Gronholm, (who came out of retirement) not to mention Sebastian Loeb Who’s also won on the snow all chasing victory in the Nordic lands of Sweden, which like Vancouver, BC is hopeful of having adequate snowfall for its event, while both venues are expecting to remain free from Polar Bear sightings.

Yet the top rung of the WRC appears to be a two Bear affair, with one Factory backed “Works” Team apiece for Ford and Citroen, with the BP Ford Abu Dabi World Rally Team’s Mikko Hirvonen (No. 3) and teammate Jari-Matti Latvala (No. 4) vs. the Citroen Total World Rally Team of defending WRC Champion Sebastian Loeb (No. 1) and teammate Dani Sordo. (No. 2)

There’s also a quartet of entries being “Semi-Works” affairs, with the three Ford runners of Stobart M-Sport, Munchi's and the Monster World Rally Team vs. a lone Bear powered by Red Bull competing for Citroen’s “Junior” Team which features our hero The REAL Iceman.

On Thursday night at the Karlstad Trotting Park Super Special, Räikkönen took it cautious and was listed in ninth place when the real competition began on Friday. And according to his Co-Driver, everything was going fine until the windscreen misted up and The Iceman hit a Snowbank and impaled his Citroen C4 upon it… As some clever hack has scribbled a comical rant ‘bout mythical Polar Bears ‘N the exploits of The Kimster.

And from the Monosyllabic Master of Understatement himself…

Kimi Raikkonen
"Everything was going fine until we put the car into the snow,"

"There were no spectators; only a helicopter filming us overhead. I would have much preferred it if he had decided to pull us out instead..."
(Source: motorsport.com)

Meanwhile at the front, Mika… NO! NOT that Mika, can you imagine another Finn being named Mika? (Otay I stretched that a bit, eh?) As it actually was Mikko Hirvonen as Ford’s leading driver who was locked in a major scrum for victory vs. his perennial arch rival Sebastian Loeb, albeit Hirvonen’s clever tyre strategy on Day 2 seemingly swung the victory towards the Finn, as Loeb elected to stay out on worn spikes while Hirvonen put on some fresh “Boots” and stretched his lead to 16 seconds at the end of the second day…

And although the battle wasn’t over, it was to be Hirvonen taking the victory ahead of Loeb with Latvala on the podiums final step, as now the WRC goes from the winter climes of Sweden to the warmth of Mexico for round 2 where Ken Block will make his 2010 debut aboard his Monster Ford Fiesta. Hmm? Fiesta ‘N Mexico… Oh Never Mind!
Posted by Tomaso at 8:25 AM