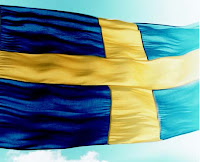 And thus, I’ll bee on my very first Holiday of the Twenty-Ten calendar year with a fortunate sojourn to Sweden... Where I’m hopefully gonna visit Ronnie Peterson’s Hometown, even if his Museum shutdown late last fall due to Economic woes.

Thus, there won’t be any truncated ramblings for this weekend’s just completed Kentucky Indy Car Race or the forthcoming Spanish GP Formula 1 Race... And that’s NOT because it’s an Oval Track Race, or that I couldn’t figure out what time it was on; Hya! Was ‘Dat 1:30PM New York Time, 12:30PM Kansas Time or 10:30AM Pacific?

And Nothing against Barcelona either, just TOO DAMN BUSY getting ready to fly the Coop, OTAY? Thus I suggest you peruse Bloggerland instead, as in the Fine collection ‘O Bloggeratzi compiled in my Racing Links section on the R/H Sidebar. And then Y’all better return on May 15, 2010; Please!

NOTE
Obviously, SNAP! (Something to do with Rubber bands ‘N My Name is IRL’s Graham Rahal tribulations...) I originally ‘Scribbled this story prior to some minor seismic activity occurring in Iceland, as in the Eyjafjallajökull Volcano eruption on April 14th- Aye Karumba!

As this Obviously – SNAP! Directly affected my previous travel plans... As ironically I’m flying to Sweden via Iceland’s main Airport, which is hopefully opened by now? Or I may be going to Sweden via Glasgow, Scotland instead? Can you say “Rickshaw?” As Iceland’s main Airport was closed due to shifting winds bringing the Volcanic Ash back home a week after cratering European Airspace...

Therefore whilst you’re Humble Scribe is “Out ‘N Aboot” playing in the Swedish Snobanks... Hey? Was that Kimi I saw? Sure hope it weren’t NO Polar Bearz seeking refuge from that ‘lil ‘Ol Volcano thingy!

The nofenders.net Blogsite may be a little barren for the next Ten days, as I’ll see if I can get Blogmeister Miguel to post a story or two for Mwah while I’m overseas...