USGP: Can Austin pull off a Permanent Grand Prix? 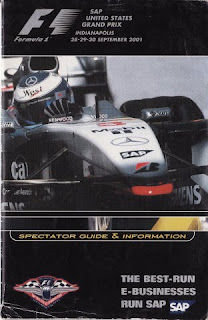 So as I mentioned yesterday, I for ‘Juan was shocked by the surprise announcement of Uncle Bernaughty selecting Austin, Texas as the site of the new USGP beginning in 2012... As after all, I’d just listened to Ye ‘Ol Windbag Dave Despain pester guest co-host Jeff Gordon a mere 36hrs earlier over his alleged ties to the Monticello Motor Club in upstate New York, along with it’s reputedly “leaked” letter inquiring Messer Bernard Ecclestone upon the possibility of landing a future F1 race there. This coupled with the fact that Emperor Bernardo’s sole track design guru Herman Tilke had visited the premises... To which at least Jeff Gordon gave an honest assessment of by stating that the proposed venue would need a lot of major improvements; track & infrastructure-wise... As this all played out on the Sunday night airing of Wind Tunnel at 7PM ET; Thus, I DON’T believe anybody saw this coming, besides the Key Players, who amazingly kept a pretty tight lid upon this news, eh? As reportedly even the Mayor of Austin wasn’t aware of it until the announcement! So, as Marc of the “other” Full Throttle sez; Bernie gave the ultimate head fake!

And believe me; I for one definitely wanna see this happen... Yet isn’t it strange how first RASSCAR hosts their Hall of Fame Grand Opening on Bump Day and then Bernie launches his shocker just prior to the upcoming Indy 500...

As I for one feel this scenario has a bit of a Donnington Park feeling to it, especially since there hasn’t been any property purchased, Edward “The Goose” Gossage is telling anyone who’ll listen his Texas Motor Speedway cost $250 million to complete way back in 1996 and the managing Director of Full Throttle Productions Tavo Hellmund is a RASSCAR Promoter per sei; YIKES!

But you’ve gotta like his ‘Dig, Err Quip towards Texas:
"Austin is more of an F1 crowd than a NASCAR crowd."
Full Throttle Productions LP promotes races at Thunder Hill Raceway, just 20mins outside Austin and Hellmund has competed in various forms of racing.

Joe Saward:
“Hellmund (39) has been a moderately successful driver in various local NASCAR series. He is the son of Tavo Hellmund, the promoter of the original CART races in Mexico City in the early 1980s. He raced in British Formula Ford and other European open wheel feeder series in the early 1990s (often in cars sponsored by Central TX auto dealers.”

Yet according to Marc, Austin averages 90f degrees in June, as Y’all would assume that any USGP would be “bundled” with the Canadian GP which is being held on June 13th this year. Then again, can Y’all say Humidity? As I vividly recall sweltering at Indy during July, 2006’s USGP which was a balmy 97f; SHEISA!

Is Formula One coming to Austin?
Posted by Tomaso at 10:56 AM