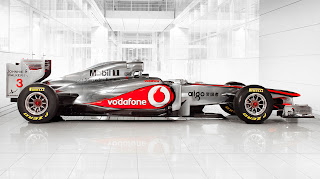 Summary
Originally founded in 1966 by the late, great Bruce McLaren as Bruce McLaren Motor Racing Ltd, as many will know the team was taken over by Ron Dennis in 1980 with the backing of Phillip Morris. As this Uber-successful racing team ranks only second in all time glory to la Scuderia..

Yet, interestingly, in what Professor (Steve) Matchett considers more important then the Driver’s Title, McLaren hasn’t won the coveted Constructor’s (Title) laurels since 1998... With its latest Drivers crown being acquired in 2008 on the races final lap in Sao Paolo, Brazil...

I only bring this up since although the last year saw the team run the last two World Champions – Jenson Button & Lewis Hamilton, the team struggled to get the MP4-25 up to speed... As I seem to recall them creating a brand new floor/lower half of the chassis, albeit ‘JENSE won two races early on and “Louise ‘JAGUAR” (Hamilton) ultimately won a further three races. (Turkey win aided by Red Bull’s drivers colliding...) The duo finished positions P4-5 in the Drivers Title chase.

The team had another “Wonky” launch ceremony, this time taking place in Berlin, with apparently the car being bolted together on stage...

Now comes word that this year’s MP4-26 which is reportedly running L-shaped Sidepods in hopes of recouping lost ‘Aero due to the latest rules revision – whilst playing the exhaust exit game is suffering in performance once again – yet only time will tell if this is indeed true, as the Woking based firm always has a knack of bouncing back...