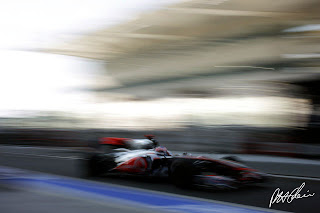 It’s funny – as in funny HA-HA! Strange to have to root against ‘Juan Red Bull Racing Gran Primo Piloto in order for the other to win his very first Formula One World Championship; as Y’all may know I’ve been rootin’ for Aussie Mark Webber to take this year’s crown... Albeit I was also pullin’ for Will Power, so may be its the Kiss ‘O Death for the ‘Aussie’s, eh?

Thus I found myself feeling utterly MISERABLE upon Master ‘Zebb winning the Brazilian Grand Prix, as I’ll just NOT believe it... If “Deeter Majestik” has simply GIFTED Fredrico Suave (Alonso) his third F1 Drivers Title; SHEISA! Unless it’s all part of Red Bulls Master Plan, eh? Yet I’m simply surprised how little seems to be being said ‘bout this ludicrously! (Although the SPEED BOYZ have been fairly critical ‘bout Red Bull GIFTING Alonso his third Drivers Crown...)

Vettel wins in Brazil – The Air is Thin in Austria

In the afternoon’s FP2 session, McLaren’s “Louise ‘JAGUAR” (Hamilton) bounded his way to the top of the Time Sheets with a 1:40.888 flyer, with Master ‘Zebb a scant 0.2 seconds adrift, followed by Fredrico Suave, (Alonso) Mark Webber and “the Krakow Kid” (Kubica) in the Top-5...

The only major surprise of Qualifying would have to be Robert Kubica failing to advance to the Q3 final Qualifying session for the very first time this year – leaving only the two Red Bull drivers to have made the Q3 ‘Qualie session all 19-races this year...

Although there was a bit of drama with Hamilton momentarily lurking down in P17 in the Q2 session, whilst Mercedes Nico Rosberg seemed to be toying with us by throwing down very fast lap times, but it all shook out in the final sessions closing moments – ‘Zebb having thrown down the gauntlet to nab his tenth pole of the season – joining six former World Champions to have accomplished the rare feat in a Grand Prix campaign. Hamilton wound-up just a scant six-thousand’s of a second behind, whilst Fredrico (Alonso) elevated himself into third place on his final lap, with Button fourth and Webber having to be disappointed with his fifth place result... As Alonso has gotta be smiling to himself, eh? As it was noted that this is the very first time in Formula One history that four Drivers have been (mathematically) alive for the World Championship in the series final round...So who’ll be crowned the 2010 F1 Drivers World Champion?