The Tomaso Files: Salad Barz, Sand Dunes and a Stumble thru the Cityscape...


Like ALL good stories here at NoFendersville, inevitably its time to release another vintage tale that's been fermentin' away here at Chateau Tomaso Bleu Vines Estates... Hmm? Cannot remember where somebody told me their delicacy was Jaggermeister shots... Oh Wait a 'Mine-nute! That was in my own city so Never mind! As originally I'd hoped to have been out 'N aboot in thee bush on Safari during Labour Day weekend when I'd intended to uncork this vintage story, but alas...

Originally 'Wayback when watchin' some Dakar on thee 'Telie, I found it somewhat Symbiotic, or is that Syncronicity? As I’d just finished watching the Rest Day (Day-8) Highlights package of the 2012 DAKAR with Professor ‘B, aka Jon Beekhuis - one of my favourite announcers, as Psst, “Peacock-lite,” (NBC Sports Network) put Jon back in the booth fulltime next year and get rid of Wally Dallenbach, Jr., as hey! May be he'll become part of their 2015 'RASSCAR Roundy-round Booth Boyz; but I digress...

Thus, having begun scribblin’ this ‘Wayback upon watching the Day-8 show mentioned above that was running a feature segment about the (REAL) Trucks and those CRAZY Dutch! Which was somewhat ironic since it was past Neederlander truck driver Tim Coronel speakin’ into le Telescreen, as it’d be this very Dutchman, along with Alistair McRae hoping to pilot an McRae EV Buggy across the various Dunes of Argentina, Chile and Peru in the same event. (As it was kinda scary that I couldn't remember which year this was originally; although I was 86% certain it was whichever year was ’"Professor B's" first for calling the action as Robbie ‘Purple Floyd’s replacement...)

Yet I cannot find anything on thy all knowing INtrawoods claiming that Coronel & McRae ever contested the 2012 event, which makes it even weirder that Coronel was featured in the show about Trucks when he should have been in an experimental Buggy instead, eh?

NOTE
Oh Yeah, how could I have forgotten Miss Yellow Dress, aka thee Mondo Innes ‘cha-Cha Sainz who was calling’ the 2011 DAKAR action for Versus as its roving reporter; Cha-Cha-Cha! With a slightly bemuse Messer Floyd duing the heavy lifting from the studio and thus, Jon Beekhuis's first year as narrator was 2012 like I'd originally guessed ...

Yet another fantastic ride I took two summers ago was aboard a monster ‘Humdinger nine-person sand dune buggy across the Florence (Oregon) Dunes. As this 'Mega  Sand Dunes Buggy-mobile was propelled by a 'Chebbie (Chevy) 4.3-liter "Duramax" V-6 mated to a 6-speed(?) racing transmission...

And although we maxed out at 4,000 RPM’s in fourth gear for a speed of 60mph, as I'd specifically asked our awesome & affable buggy chauffer about this - as this had seemed pretty DAMN FAST over the relatively “Smooth” Sand Dune surface I'm certain the monster Humdinger buggy could have gone faster!

And sitting on the outside of the third row, while my middle passenger Colin and No Fenders driver 'Claudio sat on the row's right side marveled at my going NO hands the 'Hole enchilada! Err, ride without hangin' onto anything, as I just enjoyed the sensations of continuously being thrown up, down, left, right as I couldn't S-E-E the forthcoming undulations of the sand dunes terrain, I found myself with a whole new respect for Robby "DirtMann" 'Gourdoun, (Gordon) "Greasy 'Ol SaladBarz (Eliseo Salazar) and Desert Racers in general, as we'd been simply going S-L-O-W thee whole time and hence I cannot imagine the sheer concentration & skill it takes to race through the deserts of thee BaJah' (Baja) and wherever else in full-tilt boogy attack mode!

As my ever lasting memory of Salazar will forever be his blasting past his stricken team leader's bright orange Humdinger on the side of the road! While I've always respected Gordon's driving abilities, just not so impressed with his childish Ontrack antics, i.e.; helmet tossing, throwing headrest on-track to cause a yellow flag, etc.

But as I said earlier, the ride was insanely wild, although for myself an absolute Mr. Toad's wild E-ticket ride of sheer excitement 'N enjoyment, except for the one time I got a mouthful of sand as I was laughing in hill-larity over the crazed dune path we were traversing - while I think my 'Bondo (Bob Bondurant) wind breaker's still has grains "O Florence's sand dunes inside it all these years later!

Yet your humble No Fenders scribe feels a million miles removed from those past visions after his latest bus ride to the City of Destiny (Tacoma) in order to make his yearly pilgrimage to Mount Tahoma, better known as Mt Rainier, which hey! Can't understand why "Dr. McDreamy," aka Patrick Dempsey had a falling out and filed a lawsuit against his Global Barista's partner Michael Avenatti,, who's just reported that they're returning a local Historic landmark to its rightful place... As the super large green "T" for Tully's coffee will be replaced with a replica twelve-foot high red "R" upon the old Rainier brewery building in Downtown Seattle along I-5 shortly.

Yet the departure of Dempsey from Global Barista's surely is a blow to the company's future success, after all I'd just recently been amazed that I could recognize the side of Dempsey's American Le Mans Series Porsche 911 Dempsey Del Piero Racing  racecar (at Road America) prominently emblazoned with Tully's upon its flanks, marveling how astute businesswise this was by the prominent actor-racer, whilst just now discovering that the team's co-owner was Footballer Alessandro Del Piero...

But instead, my  trip was a thrill seekers ride of a different sort if there ever was one, as I told Tacoma Bureau chief Mary Ellen upon my final "safe" arrival that I'd felt like I'd used up three or four of my nine lives; Aye Karumba! Although once again it was truly awesome how outgoing, helpful and friendly everyone was towards me!

It all started off as I was running slightly behind to go catch my first bus - as I rounded the corner of my frumpy 'lil Apartment's confines and went to pull the (pin) bungee-cord strap that holds my white cane in its folded "Fully Upright 'N Locked position"  that I heard Somme-thun' go plop! Huh? What was that? As I kept walking since I couldn't discern what the noise was... And as I turned the corner I thought something was wrong with my cane?

Then as I tried to use it to cross my first intersection the "Joy Stick" as Indiana Bureau Chief Daniel Baines Cooper christened I-T several years ago, it was simply digging into the 'Ash-fault surface and sounded like it had sparks flitering off  of  it; CRIKEYS! SCRAPE-SCRAPE-SCRAPE!

Having made it across the intersection I stopped upon the sidewalk to inspect it only to discover that I'd somehow inadvertently RIPPED OFF the cane's removable white tip; SHEISA! Which I'd never done before - now upon cane number three as this was gonna be a B-I-G Problema trying to go all the way to Tacoma and then Mount Rainier & back sans cane; CRAP!

And as I just about got to the bus stop I heard it approaching 'N trying to hustle dropped my sunglasses and was vainly sweeping my hand back 'N forth in front of me on the sidewalk whilst the bus came to a complete stop as I heard the air brake go pop! As the driver came out and said STOP! You're about to step on them as he came over, retrieved my glasses, handed them to me & said did you want the bus? Yes, as he took my arm and guided me to the door; SWEET!

So I decided to be late instead and walked gingerly to Community Services of the Blind and Partially Sighted's office to get a new cane tip since I was in the neighborhood fortunately! Then inside the store I dropped my ORCA bus card & was all BUMED out I'd lost I-T! To which the nice sales  clerk lady said I can come around and look for it but I can't leave the store... And wallah, she found it on the floor beside my bag; Eureka - Score No. 2!

Retracing my steps I caught my second bus to Downtown Seattle and emerging from the tunnel &  turning the corner while blinded by the sunlight, I couldn't figure out why nobody was using the sidewalk - moving slowly I bump-bump-bumped my way over some plastic dividers as a man walked up alongside Mwah and started apologizing profusely for the sidewalk's mess - as he escorted me through the entire work zone apologizing repeatedly...

Got to the intersection and hearing a shrieking Fire truck siren, I decided to stop 'N wait whilst everybody else preceded to cross the street as I watched the Fire truck blare through the intersection marveling to myself I'd possibly have been Fire truck shish-kabob had I tried crossing at that moment; CRIKEYS!

Next  thing after crossing, I needed to work my way past said Fire truck now parked directly in front of my next bus stop and scurrying along I saw what looked like my bus parked there... And I simply worked my way to the front of the line inquiring to the woman standing there what bus number I-T was? Yes, it's going to Tacoma and then found myself unexpectedly being granted access to the bus at the front of the line by this nice lady... 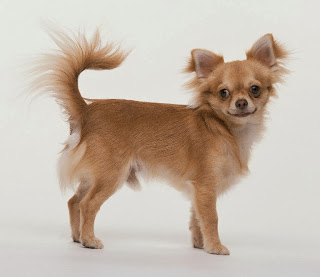 Exiting at the Tacoma Dome station and making my way down the bus terminals center section, carefully avoiding the multiple concrete pillars - in what I deem to be a very poorly designed bus terminal; when I got to the end of the island, and now peering into the stark darkness of shade I sensed a bus turning the corner so I stopped and froze to let it pass me... And then as I finally located the "Zebra" (sidewalk) I'd overshot and crossed, I noticed that I'd stopped a second bus trying to turn into the terminal! And still fumbling my way along in the darkness I walked completely past my awaiting chariot! And as I tried returning I finally felt safe as I felt Pixie thee Friendliest Chihuahua on thy Planet jumping up 'N down upon my bag gleefully greeting me; Hoorah!

Thus the rest of the trip went way more smoothly and Mount Rainier was absolutely beautiful as we visited I-T on a postcard perfect day! Not a single cloud in sight of the clear blue sky with Mt Rainier's majestic snow capped peak in the distance framed by northwest Douglas Firs and Evergreen trees with flowers Uh-bloomin' as Ron White would say... As I even learned the word Gentian after several times of saying Jenson, as in our  Bloody Brit Hero 'JENSE! (Button)

As Y'all may be wonderin' what in thee HE-LL does this have to do with motorsports, right? 'Whale it's just a very long winded rant to explain the difficulties your humble No Fenders scribe deals with daily and hence the unseen difficulty of traveling to a motor race far away, like Mother Speedway, aka Indianapolis Motor Speedway and why it's so DAMN FARCICAL for Mark Miles "N Company to think I'm gonna fly 3,000? Miles for some STUPID Road Corse 12-Dazes 'O Indy kickoff (primer) event! As why can't we hold an event at Portland Int'l Raceway instead of running it at duh Speedway? As I mean, the attendance AIN'T gonna be that much better, right?
Posted by Tomaso at 9:44 AM