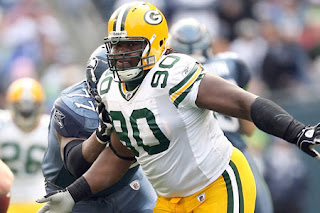 So I’ve stayed away from all of the flummox over Team Willie’s BOLD announcement of Venezuela’s Pastor Maldonado earning his Williams F1 seat on merit and NOT because he comes with major Gold Tar moohlah, as in the form of PDVSA – his country’s National Oil concern...

But now Hispania team boss Collin Kolles; Hey – doesn’t he play for those SHOCKING Seattle Seahawks? Err, Dr. Collin Kolles, the other Colin’s Team BossSpeak has made me break out in laughter, after the Dentist proclaimed the following – in regards to his recent driver announcement.

Collin Kolles:
“It is a great pleasure for us to have signed Narain Karthikeyan as our race driver for the 2011 Formula 1 World Championship.”
NO SHIT SHERLOCK!!!

Especially since Messer Karthikeyan comes with major backing, i.e.; Dinero, Err Rupee? From a major Indian corporation known as the TaTa Group; which I’m certain is allowing Dr. Kolles to rest a little easier at night knowing he’ll be able to continue his patrolling of Pitlane during the upcoming Grand Prix season instead of returning to the Dentist’s chair, eh? (Although every time now I hear the name Collin Kolles I immediately think of BIG ‘Ol No. 90 of the Seattle Seahawks; Hya!)

So let’s cut the BULLSHIT BOYZ! As I can hardly contain myself over whom the second PAID driver at Hispania will be? As I’d prefer Christian Klien – but suspect that “Sackoe-Moneyato” will get the drive instead?

As after all, paid racing drivers are a necessary evil of modern Motorsports – just ask Dale Coyne, eh? As many open Wheel fans have been calling for Milka’s scalp – or something... Although I’d expect Maldonado’s rookie season to go better then CITGO darling Milkalicious’s time in IndyCarz – which AIN’T saying much. Yet hopefully it won’t be as bad as TakuSan’s rookie season at Kv Racing Technology, eh?
Posted by Tomaso at 6:39 PM