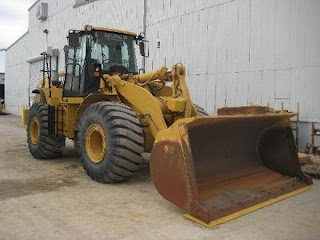 “The unofficial lap record for a car to negotiate the bumpy terrain is reportedly 31 minutes...”
According to the Austin American Statesman - organizers of the future United States Grand Prix; who had hoped to begin construction work by the end of the year, have made good on this objective. As a small fleet of machinery attacked the proposed Turn 11 when breaking ground just days prior to that glitzy Disco Ball droppin’ in NY’s Times Square.

Work on the 970-acre site in southeast Austin is expected to be completed Just-in-Time for a June, 2012 date – to most likely coincide with the Canadian GP at Il Notre Dam...

Construction finally underway on Austin’s F1 facility
Posted by Tomaso at 9:43 AM