Somewhere down that Crazy River 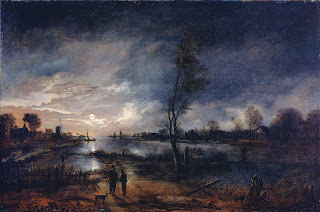 (Original lyrics: Somewhere down that Crazy River by Robbie Robertson)

Yea! , I can see it now
(A single, consolidated Open Wheel Racing series)
The sycamore shriveling in the winter cold
I was feeling like a stranger in a strange land
You know where people play games with the few remaining fans
But, it was too hot to sleep
So I followed the call of a lone Open Wheel reporter (Robin Miller) warily poundin’ away at his keyboard in the dead ‘O night
All of a sudden I could hear somebody whistling Dixie
From right behind meI turned around and she said"
Why do you always end up reading SPEED TV in the middle of the night?
I said "I don't know, I just keep hopin’ there’ll finally be a
REALLY- REALLY-REALLY BIG ANNOUNCEMENT…”
She said "Hang the RICH!"
And catch the blue train
To places you’ve never been before,
Darling, You should just really
Come back to bed
‘Cause I’ve been having crazy dreams about going
Somewhere down a crazy river
Somewhere down a crazy river
So perhaps we should Just hop the blue train
All the way to 16th Street and Georgetown
Before we end up
Somewhere down the crazy river
Somewhere down the crazy river

Quick! Take a picture of this
The grandstands are full at PIR,
Lola, Reynard, Swift, Truesport, AAR and Penske chassis abound
While I listen to Elton John beltin’ out
“Saturday Nite’s alright for fighting”
But hey, back in ‘dem Good ‘Ol Days
When Bloody Nige drove for Newman Haas,
That's when time stood still

You know, Tony George once went
Down to Madam X’s
To let her read his palm
She said if you build it
(Your own racing series)
They’ll come
(Or was that Bill France Jr?)
And Tony said good ‘cause
I'm a man with a clear destination
I'm a man with a broad imagination

But he had clouded visions ‘O grandeur
While his counterparts at CCWS
Promised to stir our souls
With the rebirth of Champ Car
Yet, I can't find them anywhere on the Disney World Networks
Quick pass me that remote control

Wait, did you hear that?
There’s gonna be a press conference
Which is sure stirring up some ghosts for me
As Tony George said, Son; "There's one thing you've got to learn Not to be afraid of!
"I said "No, I like it, I like it, (Geez, what did you think I meant?)
I really like Open Wheel Racing, ‘cause its good!"
(Beats the HELL outta RASSCAR!!!)

That’s good boy
‘Cause if "You like it nowThen you'll learn to love it later."
(Watchin’ us pound around those “Bull Ring” Ovals…)
As I’ll bet you’ll become dizzy
Watching us race at places like Iowa and Kansas City
Damn, Tony! All that Oval talk is enough To give me shivers - chills and fever
Which makes me wonder if it’s just all a
Bizarre dream of going
somewhere down a crazy river…
Posted by Tomaso at 6:42 PM