A FOX in the Henhouse? 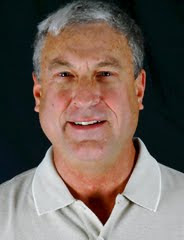 So I’ve been tryin’ to fly the Happy-Happy, Joy-Joy “Everything’s gonna be Alright” Indy Car banner for awhile and thus didn’t spout off ‘bout this ‘til now; BUTT! I’ve got a few Bones to pick with the current trends occurring during Open Wheel Racing Broadcasts...

As Y’all may know, I am NOT a HUGE Fan of the ABC/ESPN Indy Car TV Broadcasts, as I know that Marty “Nationwide” Reid is a really nice guy, with Scott “Somonex” Goodyear being a KuhNuck... Yet they really do seem like they’re just doing another Ho-Hum Golf Tournament, other then when they get into a lather over DannaWho... Before the Pit Reporters go into unknown contortions trying to be first to report ‘bout Princess Sparkle Pony; YUK! NOT to mention the OVER-the-TOP duration of Commercials, as is it an infomercial contest with RASSCAR? And that’s before I get wound-up over the inability to read off the Starting Grid!

Yet on ABC’s plus side of the ledger was the fact that they kept their Watkins Glen Preamble, Err Pre-race show to just under 30 minutes, (28mins) as the command to start engines came after 22min, giving enough time to CRAM in another two Commercial breaks before Will Power rocketed off as the Green flag was thrown at 12:58PM PACIFIC Time, Err 3:58PM New York Time...

This Pre-race seems way more palatable then Versus whatever show... As I can’t figure out why they’ve inserted “LyndieCar” (Lindy Thackston) in favour of Bob Jenkins... Uhm? Are Yooze thinkin’ it’s ‘cause Lindy’s gots a prettier face? But please Versus... Cut that HIDEOUS RASSCAR-Lite Preamble down to NO longer then 30mins. As I go absolutely BONKERS when Lindy Thackston ‘sez the Green flag will drop in just under 1hr... SHIT! Is that 60mins, 48, 54, 39; HIKE! Did the race start yet? As this simply causes me to TUNE-OUT for a further hour before the Commercial infested racing action begins!

And You too Versus should be embarrassed you can’t read off the Starting Grid a la SPEED’s Formula 1 Broadcasts... And I DON’T wanna hear any BULLsHIT ‘bout there being too many cars... As SPEED’s F1 Crew reads off ALL 24 starters, each ‘N every race! And if needed you could break down and find another sponsor for this, right?

Also, I know why he did it, but I’m NOT impressed with Dreyer & Reinbold Racing Co-Owner Robbie Buhl squeezing his Teams Sponsors of the event into the Broadcast! Which he did NOT once, but twice during Iowa; knock-it OFF Robbie!

Yet, I was impressed to hear Marty Reid give Bob Jenkins a Get Well Shout-out on a rival Network during the Watkins Glen Broadcast... As apparently Mr. Jenkins had gotten some intestinal problems and had to go to the Hospital, thus missing his IMS Radio Network duties over The Glen weekend. As I’m told Bob’s all better now. So that was very classy Marty!

And lastly, as much as I like to give ABC SHEISA... I simply CANNOT wait until the F%%KING four FOX Formula One airing's are OVER! As they couldn’t even manage to devote any time to the Post-race interviews at Silverstone... WTF? As Bob Varsha even let the cat outta the bag Saturday by saying it was a DELAYED Airing... FUCK! You BASTARDOES couldn’t cut cut out one measly Commercial break? I mean first they skip the winners Anthems and then NO interviews... Perhaps since it was another totally BOTCHED event? Oh Never Mind! As I’m seriously considering NOT recording the next FOX Grand Prix while I’m Out ‘N Aboot in Edmonton... Even if its at the Hockenheimring; Ja Volt! Which could be quite enjoyable if the Four Germans play Dust-Up again, Ja?

So, What about Bob?
OOPS! Sorry 'bout all that fowl language Mr. Jenkins!
Posted by Tomaso at 10:28 AM