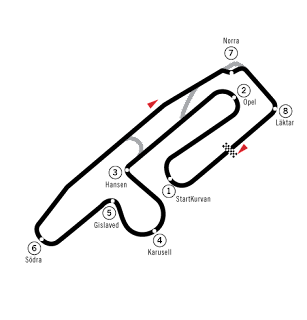 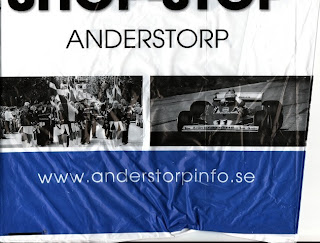 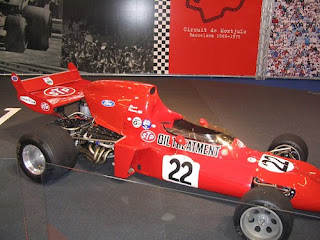 This past May whilst on Holiday in Sweden, your humble scribe had the good fortunes of getting to visit the Scandinavian Raceway Nostalgia Museum in Anderstorp, which you’ll shortly read about in my Swedish Day Trippin’ scribblin’s...

And I’m still having a somewhat hard time finding the exact information upon the website that the Museum’s Curator provided for me... BUTT! Suffice it to say, it’s gonna be a “DOOZY!” As the Race Legends Organizers have solicited 30 ex-Formula One Drivers to participate... SON ‘O A BITCH! As I’d really like to attend this massive gathering of ex-Formula One Drivers, with such luminaries as: Emerson Fittipaldi, Stefan Johansson, Jan Lammers, Mika Salo, Jacques Laffite, Johnny Herbert, Emanuele Pirro, Reine Wisell, Marc Surer, Slim Borgudd, Ukyo Katayama, Christian Danner, Gianni Morbidelli And just announced Riccardo Patrese.

Interestingly, F1 history claims that the Formula 1 Drivers Group, the GPDA (Grand Prix Drivers Association) insisted upon Patrese being banned from participating at the following Grand Prix at Watkins Glen upon feeling he’d triggered Peterson’s fatal accident at Monza... This in turn caused great controversy as Patrese tried to have the injunction overturned, but was unsuccessful, leaving the Italian to hold bitterness towards those involve, mainly James Hunt.

Thus, Lotus’s second entry at Watkins Glen was piloted by Jean-Pierre Jarier, who substituted for the late Peterson for the remaining two F1 calendar events, even managing to claim Pole Position at Montreal before retiring with an oil leak.

Thus in regards to this moment in history, that was a long time ago, some 32yrs ago to be exact... So let Bygones be Bygone!

And speaking ‘bout Ronnie Peterson, the Swede’s ex-March 721X F1 chassis is slated to be on hand, See; Ronnie Peterson’s March 721X to The Race Legends. Although the actual racing will take part in Formula Renault 2.0 machinery instead...

So if you’re able to travel to Sweden this summer, particularly the second week of August and would like to enjoy a very entertaining outing of ex-Grand Prix Piloto’s, then by all means you’ll wanna check out the Race Legends event from August 13-15th at Anderstorp Circuit, as Tickets are going fast, with Camping spots now on sale. For further information please see: The Race Legends...
Posted by Tomaso at 9:12 AM