The ‘Doctor is Out! Aprilia romps... 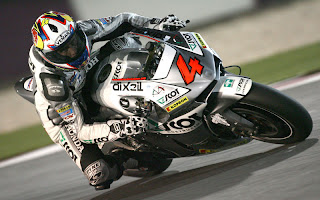 In case Y’all didn’t hear, “the Doctor,” a.k.a. Valentino Rossi had a less than stellar weekend at his Home outing, the Italian Grand Prix, with the Mugello Circuit being the Home track of the Italian marque Ducati, whose Factory is just some 50 miles up the Autostrada...

Yet on Saturday morning, in front of his Home crowd during practice, Rossi endured a Wicked “High-side,” in turn launching him from his FIAT-Yamaha YZR-M1, ultimately suffering a broken lower right tibia; a compound fracture of his shinbone for which he was flown via Helicopter to Florence, where he underwent successful surgery, albeit Valentino will miss at least the next four races.

Rossi’s accident seemingly opens the door for his Yamaha teammate George Lorenzo, who looks poised to capture his first MOTO GP crown, and was expected to run-away to victory in Mugello, while it curtails “The Doctor’s” 230 consecutive start streak as the very first race he’s ever missed since 1996!

Yet the huge crowd of either 90,000 or 140,000 Spectators depending upon which Announcer’s numbers Y’all wanna trust... Nevertheless saw the Ducati Tiafosi out in full force cheering on the “Works” riders Casey Stoner and Nicky Hayden, who rolled off third and fourth respectively. Although apparently “The Kentucky Kid” (Hayden) had trouble at the start by dropping down to tenth place before uncharacteristically crashing out early, leaving Stoner to carry the Tiafosi’s hopes, although he was never a factor, only capturing fourth place on the penultimate lap!

And the Monster Tech 3 Yamaha “Team Texas” Duo looked strong again, with Colin Edwards starting fifth and Rookie Ben Spies lining-up seventh, albeit the “Texas Tornado” (Edwards) had some sorta mysterious Fatigue gremlin, dropping to the end of the field and soldiering home in 13th place. Meanwhile “Elbowz” (Spies) impressed upon his inaugural visit to Mugello and finished in P7.

Yet the day thoroughly belonged to Spaniard Dani Pedrosa who led Wire-to-Wire, capitalizing upon his Pole Position and never being bested, as his Repsol Honda teammate Andrea Dovizioso harried Lorenzo the entire race allowing Pedrosa to pull out a nearly 10-second lead before backing off in the closing stages with Lorenzo runner-up and Italian “Homeboy” Dovizioso taking the Podium’s final step... 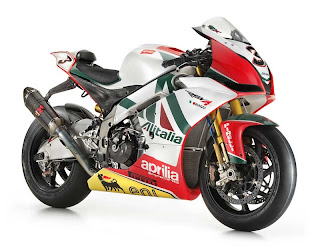 Miller Motorsports Park - WSBK
With NO disrespect to either of SPEED’s Announcers Ralph Sheheen or “Mr. Daytona,” nee Scott Russell, who called the Highlighted World Superbike (WSBK) Double-header from Miller Motorsports Park in Tooele, Utah, they just didn’t have the same punch as Messer’s Jonathan Green and Steve Martin... As I watched both races Memorial Day afternoon; while previous to Miller’s Double-header event, Italian Massimiliano "Max" Biaggi has been scorching the World Superbike Top Velocity numbers, by first ssetting a new WSBK Top speed record “Down Under” on Australia’s Phillip Island at 318.9kph... Before bettering his incredible velocity to an unheard of 326.9kph (205mph) at Monza; SHEISA!

Meanwhile, the Top of the Heap MOTO GP “Scooters” were well over 210mph at Mugello this past weekend, with Nicky Hayden being the second fastest ‘DUC (Ducati) in Friday’s Italian GP practice with a trap speed of 209.2mph!

Thus it was somewhat ironic that Biaggi swept to his third “Double” victory sweep of the season in Utah aboard his Aprilia after the blindingly quick Carlos Checa’s Ducati failed both races due to Fly-by-Wire throttle failures while handily leading both races, as Biaggi had settled for second place in both events, having NO answer to the pace of Checa before his unbelievable mechanical failures left him stranded roadside!

And it was entertaining to have Ye ‘Ol Windbag Dave Despain chat-up BMW’s World Superbike rider Troy Corser the evening before on Wind Tunnel, as Troy told Dave “No worries, Mate! The victory will come this year...” When Despain inquired to when the Bimmer would break its victory drought.

Yet once again it was Biaggi flexing his Aprilia RS V4’s muscles by blasting down Miller’s long straightaway alone at a blistering 308kph, while Corser’s BMW could only muster 300kph (186mph) with the aid of the Draft while trying to catch the fleeting Biaggi who in turn was trying to run down the disappearing Checa...

Aprilia World Superbike caught Cheating?
Posted by Tomaso at 8:09 AM