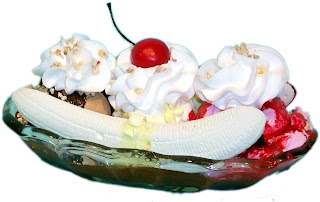 Whale for Humour this year, I decided to attempt keeping track of just how many times Marty “Nationwide” Reid, Scott “What Pace Car?” Goodyear ‘N Eddie Cheever would give Princess ‘DannaWho? A Shout-out on the Big TV race broadcast...

Actually this extremely NON-Scientific Poll, not to be Cornfuzed with the Pole... Wasn’t limited to the Big 3 Talking Heads, but included the Pit Reporters as well, excluded the overwhelming amount ‘O commercials as I tried counting every time a Driver’s name was mentioned either singularly or in full but didn’t record the number of times “She” was On-it... Cough-cough-cough, how’s You-know-who doing now? As we’re gonna rides that Show Pony into the pavement, Y’all hear?

Thus I decided to track the four Femme Fatales plus that glorious race sponsor... As Y’all will be shocked to learn that guess what? Let go ‘O my Butterfinger... As I finally figured out what trophy cup Daniker could win, Uh Duh! And the WHINER, Err winner of the first annual ‘DannaCup is...

As the Who’s Your Daddy Girl’s numbers were substantially INFLATED by that overly LONG winded FLUFF interview by Jamie Little immediately after the race where Jamie slobbered over Princess by saying her name five times... BARF! As that’s the very first ‘DannaWho interview I’ve listened to this year! (The tings ‘Juan will do for a story, eh?)

As I’d suggest to the Powers that Be; What a Brilliant opportunity to create the ‘Dannacup, which could be sponsored by Butterfinger, eh? Or if they’re not interested, then perhaps how ‘bout Almond Joy? ‘Cause sometimes Yuhs feels like a NUT! Sometimes Yuhs don’t! (Cymbol crash please... Hya!)
Posted by Tomaso at 9:45 AM