Flav gets his revenge? 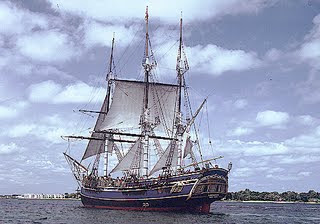 In case you haven’t heard, the French Tribunal de Grande Instance ruled on Tuesday that the FIA does NOT have the power to impose a “Lifetime Ban” upon Flavio Briatore, and thus overturned the World Motor Sport council’s (WMSC: The FIA’s Whipping Boyz) ruling against the illustrious ‘flavour Flav, of whom I enjoy grizzled F1 “Journo” Joe Saward’s non de plum better; as Mr. Saward has cleverly taken up calling the cocky Italian: HMS Monogram… Something to do about Flav’s swelled cranium and starched white shirts emblazoned with FB on the cuffs, eh?

And although the Tribunal de Grande Instance of Paris has issued its ruling in favour of Briatore and his Lt. General Pat Symonds, both having their respective bans overturned, along with requiring the FIA to announce in the pairs French Newspaper of choice, the court was none to sympathetic to the couples monetary demands, effectively awarding them one-tenth of the Dinero the duo were seeking; with Briatore being awarded $14,700 & Symonds $7,200, while leaving Jean Todt and the FIA pondering just exactly how they’ll respond to the overly egregious acts commiserated by the ex-Renault duo.

Meanwhile the HMS Monogram, having seen a gust of salt breeze fluff up its sails, thus has reloaded its cannons as it prepares to volley the next round of salvos towards the HMS Self Righteous of sir maXXum, a.k.a. (MAD) Max Mosley and the HMS Piquet I & HMS Nielsen-Ho…

As Flav has joyously hinted upon taking legal action upon the Piquet’s and perhaps F1 Piloto’s Heikki Kovalainen & Lucas Di Grassi for jumping ship… Hmm? Mr. Briatore, I believe that Nelson Piquet Jr. could very easily go after you for slander, eh? (A very NASTY statement about his sexual preferences…)

Meanwhile Flavour Flav took no time in firmly planting his boot into Maxine’s backsides, upon the news that his current Supermodel wife (30yrs his junior), Elisabetta Gregoraci Is expecting the couples first baby (Flavio’s second child), by commenting they’d certainly NOT be naming it Max; Tsk, Tsk!

While I’m awaiting to hear prattle ‘bout its unknown who’ll be Spanking which Baby in the Briatore residence, eh?

But seriously, it seems the worst part of the whole ‘Crash-gate Scandal is the fact that Nelson Piquet Sr. first reported the situation to the FIA’s Technical Delegate Charlie Whiting a mere 5wks after it initially happened, you know; circa 2008! Oh, and by the way… Let’s not forget whose one of Flavio’s business partners, eh? Can you say Uncle Bernaughty?
Posted by Tomaso at 12:12 PM