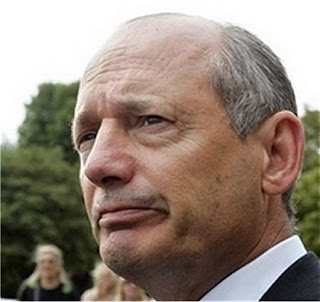 While we were waiting on tether hooks. Weren’t Yuh? The World Motor Sport Council has ruled that although McLaren has indeed broken sporting article No. 9… (151 C) There isn’t any sufficient evidence that McLaren has breeched the sporting reg’s.

Hmm? Me thinks that the “Ronster” is putting on a brave face while looking into the cameras and saying I did not have sex with…

Yeah, I know. Innocent before proven guilty. And apparently Ron Dennis has a sterling reputation for NOT cheating. (Getting Caught?) Yet it’s hard to imagine that McLaren has made the performance leap this year after going winless last season for the first time in a decade.

Alas, if you think I’m being too harsh on McLaren’s major domo. McLaren isn’t the only sporting entity in the news. I mean just look at the three major “Stick ‘N Ball” sports. As NFL Football is currently trying to escape Vic-Gate. Along with luminary “Bad Boyzs” Tank Johnson, “Pac Man” Jones and the Cleveland Browns.

Then there’s the NBA with its current shady referee problem. You know the one where the Ref was fixing games he was working in order to pay off his gambling debts.

Wile the MLB is shrouded in Steroids controversy as Barry “I didn’t use Roids” Bonds is on the brink of breaking Hank Aaron’s Home Run record.

But all of this seems to pale in comparison to this year’s Tour de Farce… Talk about your taking performance enhancing drugs! As this year’s Tour leader has just been fired from his team and thrown out of the bicycling classic after leading for more than a week.

This comes on the heels of two other teams withdrawing from competition after their top riders were caught with positive “A” samples of blood, along with one rider being arrested by the Gendarme's on the top of a 5,500’ mountaintop at the end of the days stage. Meanwhile last years tour winner is still awaiting the outcome of his legal appeal after testing “positive.”