Hildebrand, Rossi and others to test at Jerez 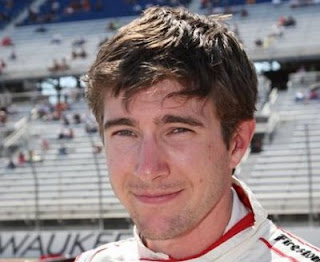 Reigning Indy Lights Champion J.R. Hildebrand has just been confirmed as one half of Force India’s driving duo for an upcoming “Young guns” Formula 1 testing session at Jerez.

The test slated for December 1-3 is for drivers having no more then two Formula 1 career starts and will host a slew of aspiring talent all seeking possible employment as future Grand Prix Piloto’s, with several lower Formulae Champions taking part in the test session.

Joining Hildebrand at Force India will be Paul di Resta, most recently of DTM fame; not to mention the 2006 Formula 3 Euroseries Champion, having beaten F1 “Voonderkin” Sebastian Vettel for the title.

Other Formula One Teams taking part in the test include: Ferrari, Red Bull, Renault, Scuderia toro Rosso and Williams.

And although apparently J.R. Hildebrand and Alexander Rossi now possibly have one, which is mandatory for inclusion in Formula One participation, I wouldn’t read too much into this as I still think both of these promising talents need a little more time competing before making the ultimate jump into Formula One, as it’ll be interesting to see how the youngsters stack-up against Reigning GP2 Champion and Williams F1 racing driver Nico Hulkenberg who will also be taking part in the Jerez test…