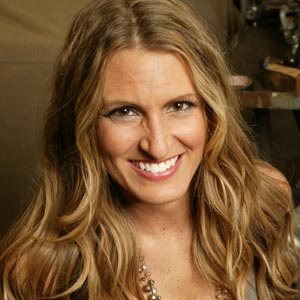 Previously I asked all of you vastly astute No Fenders readers the following trivia question:

Do you know what David Donohue’s connection to the Pacific Northwest is?

So did you figure out David Donohue’s connection to the Pacific Northwest?
BBUUZZZZZZZZZZZZZZZZ!!!!!!!!! Times up, put ‘dem pencils down...
Whale, listening to the Speed Freaks program Sunday night, (Jan. 25) I learned another piece of useful(?) trivia... As both David Donohue and Crash Gladys have something in common...

They both worked for PacWest Racing... Where David drove a Dodge Stratus in the extremely short lived North American Touring Cars series in the late-1990’s alongside ex-CART driver Dominic Dobson. As I can still vividly see the red, white & blue(?) paint scheme with massively huge Dodge script letters covering the entire bodywork... And remember watching the 12 car grid take the green flag at Portland (1996) with at least one of the two Pacwest Dodge Stratuses on the front row, as the import engine buzz-saw’s merrily revved away in anticipation of the standing start, before rocketing into the Festival Curve... Yet, this racing series never seemed to have any true support behind it and only lasted from 1996-97, before falling into oblivion, with a meager nine entries contesting the final season.

Pacwest Racing was the factory backed Dodge racing team, with Donohue winning the final season’s title, while the other high profile squad was Tasman Motorsports, which campaigned Honda Acura’s and won the title in 1996 with driver Randy Pobst. You may recall that Tasman was created & owned by former Truesports team boss Steve Horne and briefly flourished in CART from 1995-98.

During this period, Tasman was one of the first Champ Car teams to successfully campaign a Honda engine with Adrian Fernandez and Andre Ribero scoring four career victories during its short lived incarnation. Ribero who subsequently drove for Penske Racing is now “Bia’s” (Ana Beatriz) manager.

After the demise of the North American Touring Car Series, Donohue took a brief foray into the Craftsman Truck Series before ultimately aligning himself with the Brumos Porsche organization, having contested every single race of the Grand Am’s Daytona Prototype series, as he and his teammate Darren Law are the only two drivers to have contested the 80 events to date, while I’m not aware of what Crash’s role was at the now defunct PacWest Racing organization.

As for David Donohue’s thought’s upon winning on the 40th Anniversary of his father’s Daytona 24 victory, I enjoyed his view of it being neat, but he was more impressed by the countless hours the guys at the shop had spent to put him in the position to finally win the epic event, as he was just a wee lad of 2yrs old when Mark Donohue claimed victory for Roger Penske and sadly was only 8yrs old when his father perished in 1975...
Posted by Tomaso at 8:04 AM