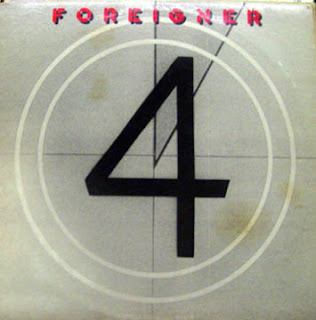 Somewhere a very long long longtime ago... I read that the average life of a Blog spans 4yrs, which means I’m not sure if I should be happy or sad to reach said milestone, eh? As four years seems like such an eternity, yet as I’ve said many times before, and will probably repeat in the future – it seems like its gone by so fast, literally in a blink of the eye; CRIKEYS!

Several Racing Blogs have come ‘N gone in that time span, notably Linksheaven and The Unofficial F1 Blog, who were the first to exchange links with me, and Roy Madden (Linksheaven’s Major Domo) was also generous enough to let me Guest Blog upon his now apparently defunct F1 Website.

Meanwhile this year has seen the demise of many Blogs, with My Name is IRL and Full Throttle being the most noteworthy. As Jeffie resigned and Marc sadly passed away; thus in lieu of my traditional Birthday bantering, instead I’d like to say a little more ‘bout Fellow bloggerMarc Boland who unexpectedly passed away about one month ago now. As although I didn’t know Marc, I certainly enjoyed his Quick Wit ‘N Sarcasm, mostly in his almost daily writing’s... Yet he also left me occasional comments and even taught me some trivia ‘bout The Cat in the Hat, a.k.a. Jack Roush... When Marc replied I must be desperate to use his Hydroplane trivia for a story on my Blogsite.

Marc Boland:“What you're starved for content and had to dredge up one of my old posts?”

“Come-on the return of Mr. Ashley Judd has gotta be worth a post or three. (With pictures!)”
Trivia Answer
While being the only one to comment positively about my Hydroplane Scribbling’s – both in my Seafair Sunday and Hydroplane Museum rants, albeit I thought I’d already posted my story way back when, eh? But Marc did comment upon his growing-up in Detroit and being a fan of the “REAL” Thunderboats, i.e.; Bill Muncey’s Atlas Van Lines “Blue Blaster’s” propelled by those magnificent ex-World War II Allison and Rolls Royce Merlin engines; Pre-Turbine era...

Yet my absolute favourite of Marc’s was his brandishing the moniker of Littlest Curve to a one Messer (MAD) Max Mosley, who I’ve likened to calling sir maXXum... Y’all know, something to do with Fraulein’s; Oh Never Mind!

Announcing a Max Mosley Fund Drive
Meanwhile, in all of the past 1,460 days, the No Fenders Blogsite has only suffered two major Meltdowns... Which as always, my great Blogmeister Miguel – whose idea it was for me to start this Darn Blasted thingy! Has kept the site alive ‘N well over the years, whilst Artiste Dave created the Great logo that is the site’s Header image. Along with multiple contributions from Danny B, Mary Ellen, Auntie Harriet, “CARPETS,” Mary Jane and No Fenders Cub Assistant Alex...

As I’ve made new friends and enjoyed opportunities that I’d never even dreamed of during the ride whilst poondin’ aways on meeze Keyboards... Even if meeze knucels getz ins duh wayze ocassionally – lqiepxodkqyx thsizlexhe... OOPS! Sorry ‘bout Dat Folks; Hya!

And last but certainly NOT least, a HUMONGOUS Thank You to all of my loyal readers (whoever Y’all are?) for following along with my myriad ‘O Scribblin’s; otherwise, what would be the point of continuing to do this, Eh! As your Comments & your continued reading are always appreciated...