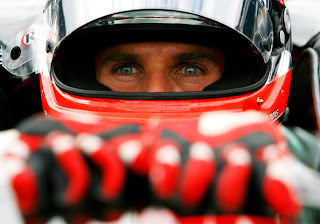 Whale it’s almost time again to play for all of the marbles... As I’m posting this a bit early since I’m not sure where I’ll be watching the race from? As I’ll definitely set the trusty ‘Ol School VCR with extra time tacked onto the end of the race!

Just a wee bit ‘O trivial research... As it appears that Homestead is potentially a Target Chip Ganassi Racing affair, eh? As The Cheepster’s “Manly Men” have ruled the roost by winning there the last 4yrs in-a-row, along with capturing four of the past six events.

Yet, I seem to recall that Penske’s Ryan “Disco Fever” Briscoe dominated the event last year... Even leading the MOST laps of the race in a fierce Mano e Mano duel for the chequered flag with Scott Dixon whilst Dario “REO Speedwagon” took the (HULIO “N) Danica approach and utilized a fuel sipping conservation mode to win the race and the IndyCar title after Briscoe threw away a sure victory and 25 points lead at the Motegi race preceding the finale...

Homestead ’09: The Motegi edition
And I wasn’t gonna scour le internetz, BUTT! I did it for shear humour and discovered the statistics noted above.

That’s right! Say it loud together...
WILL POWER!
Versus kickoff time is listed as 6PM New York/Indy (ET) Which means I don’t know when the Green flag will actually be thrown, but I’ll hazard to guess it’ll be somewhere ‘round 7PM ET? SHEISA!

DRR, Conquest get New Drivers for Homestead
Posted by Tomaso at 9:03 AM