Will the real Team Lotus please stand up... 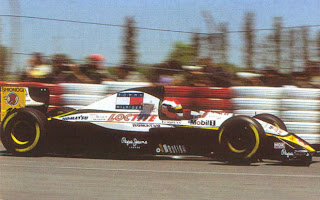 Whale, I haveda say I’m somewhat happy to see that I weren’t the only ‘Juan Cornfuzed by who really is Team Lotus these days? As after my initial puzzlement Wednesday morning, as I’d noticed that there would now be two Lotus efforts competing in Open Wheel Racing; Huh? I was happy to discover first Adam Cooper shed light upon this before Joe Saward expounded upon it.

An F1 mess developing in Malaysia

But I’d have to say it’s somewhat amusing, albeit irksome to think that there’s a Tug ‘O War going on over such a great name from the past... As I’m sorry Mr. Fernandes, but Team Lotus is DEAD! And died a whimpering, miserable death way back in 1994...

Fernandes brings Team Lotus name back
Posted by Tomaso at 10:56 AM