The Tomaso Files: Autonomous What? Jellybean vision is Spawned while Time flies by... 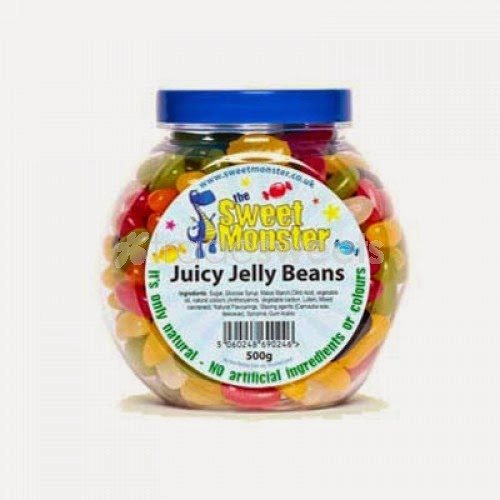 I suspect a great many of us despise change, as I'm pretty sure that thee worlds OLD-est IndyCar Blogger Geo. Phillips does; Hya! While I know I certainly  do to a large extent, especially when it's just change for change's sake, which seems to be a daily motto upon Zed Internetz and hence, sooner or later one of the multitude of websites I visit will have to go A-L-L "Tokyo Fly-by-Night"
swooshy, wiz-bang 'Uber graphically intensive and most likely NON-Screen-reader friendly - meaning I'm left with another website I can NO longer read; Can You Hear Me Now Richards F1?

Thus, if Y'all were lookin' for an in-depth Indy 500 recap of this year's race here at No Fenders, then hopefully weren't too disappointed by thy lack 'O one, since as I've scribbled before, this year's transformation of Mother Speedway's "New & Improved" format instituted by Starship HC (Hulman & Co) decidedly left me with a rather odd taste in thy mouth... Having gone so far as to make me listen to I-T on the radio via Zed Internetz, as I'm not a fan of Eddie "THE MOUTH!" Cheever's, or Scotty "What Pacecar?" Goodyear's commentary, along with being PISSED OFF over ABC's HORRIFIC over-commercialization of their "Wink-Wink, Nudge-Nudge EXTENSIVE" NOT! Two-hours per  day of Qualie' weekend which the first hour of the vaunted "Fast-Nine" Shootout was nothing more than commercials 'N filler; SHEISA! Which so enraged Mwah, I didn't wish to give ABC my business, already having lamented about this in;

The Tomaso Files: Crass Commercialism of Mechanized Machines vs. theWheels of  Nature...

As this proverbial changing of the guard, makes me think of the latest rant that fine 'Kuhnaidiun lass Meesh has written, whom I certainly hope will survive 'N prosper in her fleeting motorsports career... As we need to S-E-E, and in my case hear, nee read more female's perspective on racing, especially of the Open Wheel variety, as at least NBCSN has added IndyCar Pit Reporter Newbie' KS
(Kelli Stavast) into their rotation. Thus, everyone should give Meesh another gig or three, or at least say HI to her in Toronto! As she's one of my go-to blog reads whenever she's got something to tell us 'bout. As sorry Meesh, but I'd gladly pay you Thursday for a blog story today; Hya!

While my term of Jellybean vision isn't new to Mwah, having been coined 'Wayback in the fall of 2012, in  'Zepp-tember whilst down in Florence, Oregon visiting friends and their magnificent Sand Dunes...

As we were cruisin' this sleepy 'lil Seaside town, a vintage rod was passing us by; Me thinks during the lead-up to Florence's annual Fall Festival, as I eagerly cried from the passenger seat, where, where? As South-Sound (Tacoma) Bureau Chief Mary Ellen curtly said why? You cannot S-E-E I-T! As I noted that I did indeed see a blurb 'O colour pass by my vantage point - to which I summed up that this is typical of my "Jellybean Vision," to which I think I've lamented 'bout some where's in these blog pages, eh?

Hence, juxtaposing the past over the present, having just scribbled 'bout attending my debutant Formula 1 race a quarter century ago in;

Which for reasons unknown, was apparently very well received upon thee Blogosphere, since I really have NO idea who my audience is these Dazes, besides my thirteen loyal Followers; Hooah! Not to mention friends 'N family.

As its sad to Mwah to admit that my Jellybean vision has progressed so much that seven races into the sport's new PU (Power Unit) era, I still have no cognitive knowledge if the F1 chassis of 2014 have retained the past de riggour Airboxes, or reverted back to the unique original 'Turbocar look instead?

Not to mention that I have absolutely NO idea what the new Porsche 919 Hybrid Le Mans prototype challenger looks like either, even after sitting thru some 10+ hours of riveting television coverage...

Thus, I write all of this as Americur' hyperventilates over the celebration of another 4th 'O July,  when copious amounts of gunpowder, chemicals and paper are littered A-L-L over thee country - as my favourite Fourth forever will be being in Germany on the Mosel River where there was ZERO acknowledgement of said event; Hoorah!

Whilst I cannot think of how contradictory Autonomous Driving-mobiles are towards the very principle of people physically controlling and enjoying the privilege of driving their automobile wherever they wish to, without the  knowledge of "Big Brother" knowing where you've gone off too.

Hmm? As I'd LUV' to read 'bout those Autonomous cars A-L-L driving off some very short piers into the Boston Harbour whilst in search of some IPA; Err Indian Tea, right?

As although I'm not opposed to the technology per sei, even though it may appear that way, it all seems a bit odd to think that this passion could be taken away, which makes me vehemently ponder why would motor racing be needed any longer, unless we're all gonna be going bonkers over autonomously controlled (RC) racecars, as somehow I don't think the intrigue of multiple driver changes at Circuit de la Sarthe  would be quite so meaningful, eh? As here's a perspective I hadn't even considered over the whole Driverless Carriages debate.

Speeding a habit we've yet to shake

As now I've gotta go bury my head some where's in the sand, so I can't hear A-L-L of the Yeahooz' making the carports shake, rattle 'N roll in order to make their Boom-Booms bigger 'N louder; OOH! AH, AH! Oh Never Mind!
Posted by Tomaso at 2:08 PM