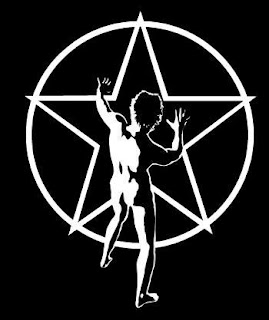 Whale Otay, I’ve spent the past Day-and-a-Half consoling myself... As I have absolutely nuthin’ against Dario “REO Speedwagon” Franchitti; BUTT! As Y’all ready know – I was simply rootin’ instead for the “Toowoomba Toranadoe,” a.k.a. Will Power to become this year’s Indy Car Series Champion...

Trekking Southwards to (“Aunty”) Harriet Village, I was unaware of the day prior’s outcome, where a quick glance in the mighty TNT (Tacoma News Tribune) a scant two and a half hours before Race time revealed that DRAT! Messer Dario had taken the Pole and hence whittled Power’s Championship lead by a further point, to a most precarious 11 markers...

Thus having decided to stay over another day in order to watch the Season Finale, at 2:21PM, (Pacific/Seattle/West Coast/PST) a scant 1hr 39mins ‘til the Green flag dropped, Clyde said; C’mon Tomaso – you’re gonna help me move the boat trailer up at Uncle Tom’s Cabin... SHEISA! BUTT... I’m waiting to watch the race and need to eat some lunch first! (After all, that is why I stuck around, Eh!) Oh Shut-up – it’s NOT even Three O’clock yet! Hurry up and finish eating your sandwich... Then Clyde disappeared; where’d he go? As I walked a short distance up ‘N down the Drive looking for him; Otay Buckaroo, you’ve got exactly 65 minutes until I need to be back in front of le ‘Telescreen! As off we went to move said trailer... As Clyde sez; it AIN’T even 3-O’clock yet as I informed him its 2:57PM.

Thus having moved said boat trailer to its new resting spot, Clyde had me back in front of the ‘Tellie by 3:30PM, as I’d vowed to NOT watch any of that overly long ‘Hypefest more commonly known as the Versus IndyCar Central Show... (YUK!) As I checked my clock which rang 3:34PM as I was anxiously awaiting it to be time to warm-up the TV.

Thus as the mine-nutes ticked down, at 3:48PM I decided it was high time to find out where the TV’s “Clicker” was residing, (hidden) as it almost bit me... As I calmly thought, hey I can work this ‘Juan too since it’s the same all knowing comca$t remote control I’ve been forced to acquire in order to run my DIGG it ‘Tul box at home, to which I’d quickly discover: WRONG! As I somehow magically managed to mess le Telescreen UP! SHEISA! As Mary Ellen informed me; Uhm, you’re not even pointing it at the TV or Digital box... As by some crazy way I managed to make the picture disappear with only sound coming out, albeit a distorted audio feed with a large amount of interference; WTF? You’ve gotta be kidding, right? As I’ve been calmly waiting all day just in order to SCREW UP the Television just moments before the Green flag drops; CRIKEYS! As I suddenly had 5-people trying to figure out what in TARNATIONS I’d done to the all knowing DIGG it ‘Tul controller...

Thus we missed the Opening laps as David came to our rescue and quickly returned the picture to synch-up with the garbly audio, and viola... We were back to a normal Television picture with Bob, Jon & Robbie’s voices crisply booming out at a high decibel level in order for Aunty Harriet to be able to hear it... (Who’s ‘Dat guy?)

Thus I became resigned to rootin’ for anyone BUT Dario to win the FREAKIN’ race! As my tension steadily mounted as Power seemed to be in a Catch-up mode the entire race, as Franchitti seemingly was puttin’ on a driving Clinique; CRAP! Knock-it OFF Dario, Yuhs hear? As the Flying Scot remained out front ‘N ahead of Power the entire race... Piling the pressure upon will by what appeared to be effortlessly leadin’ the MOST laps to snatch another 2-points and thus claiming all three bonus points which wouldn’t help Will Power’s cause; Aye Karumba!

And then it simply went up in smoke on lap 134 as all I heard was Jon Bekhuis’s voice quietly saying I think its Will Power who’s brushed the wall and brought out the yellow flag; OH CRAP! As after it was shown on replay and Robbie “Purple” Floyd blathered on ‘bout how it WEREN’T over yet... Uh, yeah Robbie; IT IS! I bellowed out SHIT! Before sayin’ sorry Auntie Harriet... SHEISA-SHEISA-SHEISA!!! As I felt absolutely GUTTED! And could only imagine how Messer Will felt!?! Although we stayed with the program to the bitter end, as I wryly commented Take him out Milka! Although I wouldn’t take any solace in Power backing into a title that way... As Dario dodged the Wanderin’ Milkalicious to finish P8 and secure his third Championship by a scant 5-points ahead of ‘Aussie runner-up Will Power...

As we only watched the first few interviews to which all I could do was laugh as Dario & Co. seemed way too giddy and simply blew off LyndieCar’s interview as I said Yuh’s can Shut ‘er OFF as I DON’T wanna watch any DannaWho? Interviews!

And thus as we prepared to go Grocery shopping for our evening’s supper, I went out ahead to the Drive and screamed as loud as I could at the empty Commencement Bay FUCK! As I tried to get over my disappointment of Will Power having clearly been outclassed by Dario Franchitti... So Congrats Dario, and better luck next year Will!

Random Thoughts On Homestead
Thus having watched my tape-delayed version of Wind Tunnel, until after having waited to hear an interview with “Symone Pagenoe” (Simon Pagenaud) on Speed Freaks... (Sunday evening) I could only chuckle when the self anointed Windbag (Dave Despain) asked for Dario’s impression of the new Overall ICS Championship Trophy, (which I still AIN’T seen) getting so much LUV by the Bloggaratzi... To which Dario calmly replied; Oh you mean the Naked Man on a Uni-cycle? Hya! Typical Franchitti Humour!

Championship Contendors Defect from Series on Eve of Season Finale
Posted by Tomaso at 8:32 AM