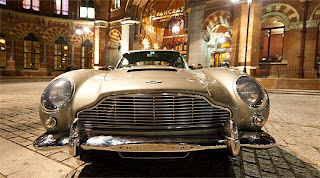 Something ‘bout the Tax Man comes to mind today... Ah, where’s George Harrison when yuhs needs him, eh? As there’s NO Tea Bagging going on here! Especially since Urban Dictionary paints a different view of the terminology, eh?


They brainwashed my great uncleBrainwashed my cousin BobThey even got my grandma when she wasworking for the mobBrainwash you while you're sleepingWhile you're in a traffic jamBrainwash you while you're weepingWhile still a baby in your pramBrainwashed by the MilitaryBrainwashed under duressBrainwashed by the mediaYou're brainwashed by the pressBrainwashed by computerBrainwashed by mobile phonesBrainwashed by the satelliteBrainwashed to the boneBrainwashed; Lyrics and song by George Harrison
And speaking of Brainwashing, Err Courtroom Hi-jinx, I find it rich that the lawyer representing Ferrari in Diffuser-Gate accused Ross Brawn of being Arrogant... Something about the kettle calling the pot black, eh? As fortunately the FIA has ruled in favour of the Diffuser teams Brawn, Toyota and Williams by deeming their “Double Decker” Diffusers to be legal and discarding the arguments and appeals filed by Ferrari, Renault, Red bull and BMW Sauber... And thus, I’m assuming that the said teams above plus the remaining non “Double Stuff” Diffuser teams will commence obligatory hashing about of rear Diffuser appendages toot sweet! And perhaps even some of the “Big Four” teams may fly in upgrade kits this weekend in Shanghai? As the ruling means that JENSE’ keeps his two victories and his points lead in the F1 World Championship, while Brawn GP has done the unthinkable and won the first two Grand Prix’s in a row by a new team since the inception of the modern day Formula 1 Championship when Alfa romeo did likewise in 1950.

Next up is the deliverance of McLaren’s radio follies... In which I believe that the team and Louise “JAGUAR” Hamilton should be thrown out of a said minimum of races for their ludicrous transgressions... I mean C’mon, wouldn’t the FIA, Max ‘N Bernie throw the book at Herr Schumacher?

Meanwhile in Key Biscayne, Err Miami Florida, where I’m told that its hard to get a sun tan whilst trolling the hallways of Federal Courtrooms, the Hulio jury has asked for further clarification upon tax codes from the Judge as well as transcripts of certain Tax professionals as its deliberations continue on as Y’all await anxiously the outcome of Hulio’s latest Dancin’ contest. As I’d assume he’ll not be taking part in this weekend’s Long Beach Grand Prix, which like Jeffrey... You really should tell your neighbors to give Versus and Indy Cars a try this weekend, eh?
Posted by Tomaso at 8:34 AM