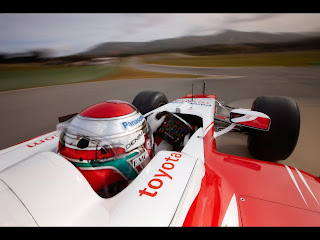 The Colone based Toyota F1 team chose to take the less traditional route towards being the second Formula 1 Constructor to launch its twenty-oh-nine challenger, by presenting the TF109 via le internets.

And while skipping the mandatory “Launchspeak,” its worth noting that Toyota has secured a new three year contract with title sponsor Panasonic along with a new major sponsorship deal with Re/Max’s European subsidiary...

Launch notes
Posted by Tomaso at 8:29 AM