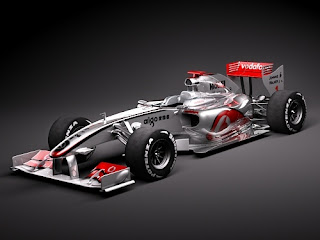 Keeping in the theme of being different, Vodafone McLaren Mercedes debuted its brand new MP4-24 race car at its Woking factory on January 16th. The 2009 challenger sports the Number 1 plate for Lewis Hamilton along with the numerous mandatory rules changes for the upcoming season.

Also of note, The Ronster, a.k.a Ron Dennis will step down from his long held position of Team Principle effective March 1st, with Martin Whitmarsh inheriting the position while Dennis will focus upon other company priorities...

Launch notes
Posted by Tomaso at 8:25 AM