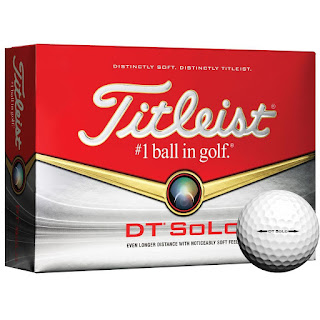 Even now, after that most cruel finish at Circuit de la Sarthe! I'm still completely Dumbfounded over Fox Sports 1 hitting Thy bunkers, or was I-T water trap

Having eagerly awaited this year's running of Le Mans, now 'bout the only time I ever switch on FS1, (Fox Sports) bleary-eyed, I arose Saturday morning at 5:20AM Justin-time' to watch; Err listen to one of my favourite TV Announcers, Bob Varsha! Whose voice I rarely hear these days.

Thus, I was somewhat Befuddled when 5:30AM Pacific, the listed time that this year's 24 Heurs du Mans television coverage would begin on FS1 came 'N went with some STUPID 'lil 'Ol golf game from Piedmont carrying on. As there's a 2% slope to the greens Jim. There's Bubba Watson at the sixth hole; Blah-blah-BLAHITY-blah! As I sleepily left thou muted tones 'O golf on Thy Telie; Chirp-Chirp, as that sounds like a Robin?

Since these tweet-tweet tweeting sounds piped in?" Always make me think of the time one of Thy TV Networks got BUSTED for piping in the wrong Bird sounds at some golf match! As that's a Red bellied Yellow Headed Bush Tit! Surely indigenous to thou region, eh?

Then six Bloody AM came 'N went and they were nowheres near the 18th Hole FUCK! So I reluctantly switched over to NBC Sports in order to listen to Thy majority of F1 Qualie' from Azerbaijan; Y'all know that Oh, So European country! As SHIT! If I'm gonna be awake at this ridiculous hour, might as well watch some motor racing instead of the NAUSEATING, continuous shifting of camera angles vainly trying to follow little white golf balls thru the air; FOUR!

And I got quite a laugh out of Thy young Louise JAGUAR' Hamilton's stuffing I-T into the wall in Q3 Qualifying, as better NOT Winge' on 'bout that Lewis!

The Formula 1 Show finished at 7;30AM Pacific and still NO Le Mans on FOX, are you FUCKING KIDDING ME! As I believe that FOX set a new All-time TV Programming Delay! As they wouldn't switch-over from that Oh, So Important golf game 'til Thy top 'O hour at 8AM Pacific, a ridiculous 2.5hrs longer than advertised; SHIT!

Adding insult to injury, they went a STUPENDOUS seven minutes during the opening break before running off to commercials! As I Dumbfoundedly listened to my guy Varsha along with Calvin Fish and Tommy Kendall's call of their first hour onscreen. Then after hearing Brian Till and Scott Pruett step all over Jamie Howe's toes, along with countless more commercial breaks I threw in the towel in favour of Radio Le Mans!

As seriously FOX? Radio Le Mans can afford to have four Pitlane reporters whilst you can only afford two; WTF?

As KUDOS to Radio Le mans! Whose entire 24hrs race coverage was almost entirely commercial free! As I listened to the live streaming webcast off 'N on throughout the duration of the race - in favour of the remaining truncated FS1 TV Broadcast...
Posted by Tomaso at 4:20 PM