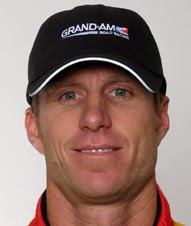 Listening to Memo Gidley on Duh Freaks a few weeks prior to Christmas, I was struck with two immediate thoughts. One, what an awesomely NICE GUY Memo is! And secondly, was it really  24yrs ago when I first discovered him and  his 'Uber Driving talent; Oh My Freakin' Gawd; Hya!

INTERVIEW; Memo Gidley on Broken Bones, Recovery and What's Next

'Whale its funny Ha-Ha, how it feels like 24yrs ago, since apparently it was  only 14+ years ago instead - as I still recall adding Memo to my CART Fantasy Racing team after his superb runner-up finish for thy 'Cheepster (Chip Ganassi) 'Wayback in 2001; YIKES!

Karmically, Gidley made his Championship Auto Racing Teams (CART) debut at none other than my official "Home-track," nee Portland International Raceway for Derrick Walker aboard the No. 15 Walker Racing Reynard 99i Honda, where ironically, team leader Gil de Ferran won his first race in three years after outpacing somebody named Montoya...

Memo capped his best result that season second time out with a points paying 11th place finish for Walker at Cleveland's Burke Lakefront "Aerodrome" before later finishing out the remainder of the season for Payton Coyne Racing.

Gidley next drove for (Players) Forsythe Racing at the beginning of 'Y2K, emulating someone later known as "Suitcase Servia," i.e.; taking rides wherever available, as "Pat-the-Carpenter's" (Patrick Carpentier) substitute for three races before finishing out the season for the Minnowesqe Della Penna Motorsports.

Memo's breakout year came in '01 when he replaced Nick (Nicolas) Minassian        at Target Chip Ganassi Racing, with record bests of two runner-up finishes at Cleveland and Laguna Seca plus a third at Houston.

Unfortunately, that was to be Gidley's High Water mark in CART/IndyCar Open Wheel Racing, as shortly afterwards, Cheep' drop-kicked Memo to the curb on the basis that Bruno WHINEYBAGZ' Junqueira was under contract...

And although Memo later made two appearances in Champ Cars for  Paul "GOOFY!" Gentilozzi's Rocketsports concern, plus a brief foray in the rival Indy Racing League, Gidley's focused  solely upon Sports Car racing in the Grand Am series since 2005.

Having originally read Memo's latest thoughts upon Racer.com, it was good hearing Memo's voice on Speed Freaks, where he eluded to just some of the physicalities he's gone thru since his horrific crash at Daytona nearly one year ago where he pancaked (hit) a nearly stationary Ferrari 458 Italia at 120mph; SHEISA!

Two More Surgeries, Going in the Right Direction, Throttle Down!

Wisely, while Memo's chomping at the bit to get back to work behind the wheel of a high powered racing car, it's good to note he seems intent upon becoming 100% physically fit  before returning; noting how it takes at least one year for the back to properly fuse!

And obviously while Memo wishes to return prior to 2016; I sure did enjoy Crash Gladys's reference to Memo returning to Open Wheel Racing for the 100th rendition of  the Indy 500. as intriguingly, he  mentioned he's tried to crack Indy three times previously...

Memo Gidley Official Website
Posted by Tomaso at 9:56 AM