Live from Indy, NOT! 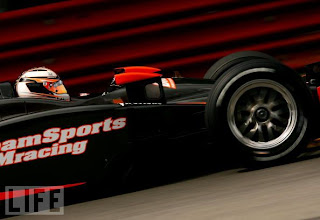 Nope, not there yet... But James of 16th and Georgetown is “In the House...” (Or is ‘dat “Hizzy” as pressdog would say?) The Grandstands, Gasoline Alley, Pit Row, IMS Gift Shop (May be Not?) Tenderloin Sandwiches line and the somewhat dated Men’s washrooms... (According to Jeffrey) And Oh Yeah! Did I mention that James is posting a veritable Boatload of live shots along with constant updates? And soon will be joined onsite by Will of Is it May yet? (Sorry for leaving any other fellow Bloggers onsite at IMS outta this post...) Check out James Day 1 pic’s at: ROP Day 1 Wrap-Up
And for all of uze Twitter-holics, James has also posted a list of choices available from the Blogosphere, which I believe was originally derived from IndyCar.com, which has all of your live Timing & Scoring and On Track action, including the Green flag being dropped on the entire field in just hours...

And lastly, yesterday’s Quote of the Day came from “The Flying Dutchman,” a.k.a. Two time Indy 500 winner Arie Luyendyk whose shepparding Bad Bobby D thru his Oval Track adventures:

Both are fluent in Dutch. But the only time we use it is on the radio when we're talking about the engineers," Luyendyk joked.
(Indystar.com)
Meanwhile I’m hoping that TAG (Alex Tagliani) WON’T be Walking like an Egyptian this Month ‘O May, eh? )Sheez! Y’all knew that was coming, eh?)
Posted by Tomaso at 10:02 AM