An Interview with Craig Pollock 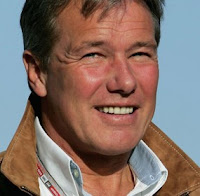 If your aware of who Craig Pollock is, then you’ll probably know that he was 1995 CART Champion and 1997 F1 World Champion Jacques Villeneuve’s manager, before becoming the Team Principal of Formula One Constructor BAR in 1999, (British American Racing) for which Villeneuve served as the team’s lead driver. Pollock departed BAR and subsequently co-established in 2003 the Champ Car team PK Racing with Kevin Kalkoven with BAR Test Driver Patrick Lemarie before the team saw Pollock depart and become PKV Racing the following year with the addition of Dan Petitt and Jimmy Vasser – now known as KV Racing Technology in the Indy Car Series...
GPupdate.net: interview with PURE’s Craig Pollock
Thus, without trying to reinvent the wheel, (see interview above) albeit Mr. Pollock will most naturally wish to discuss his current venture known as PURE, (Propulsion Universelle et Recuperation d’Energie) hopefully he’ll be willing to allow me to ask him a few different motorsports related topics before getting to the “Meat-in-the-Sandwich,” eh?
Tomaso (T)
Having just returned from this year’s Centennial Indy 500 – I’d assume that your best memory of the is 1995 when your charge Jacques Villeneuve won the race. What other memories of can you briefly share and have you been back since ’95?
Craig Pollock (CP)
Yes the best memory by far was when JV won the 500. It was by far the best race I have ever seen as he had to drive 500 plus 2.5 miles to win. In actual fact he was one lap ahead of the field. He was penalized 2 laps for overtaking the pace car twice. He finished with thread bare tires. I have been back a few times and have to say that this is one of the best motor sports events in the world.
(T) Having forgotten that your Champ Car team was formed out of the Ashes of PacWest Racing, which long-long ago, was my Hometown racing team. Did you enjoy your brief tenure as a Champ Car World Series Team Owner. What caused you to depart PK Racing and did it have anything to do with Patrick Lemarie’s dismissal?
(CP) It was nothing to do with Patrick We replace Patrick with another old F1 friend Mika Salo. The reason for my departure was that I did not see eye to eye with my business partners wishes and it was better to move on.
(T) While I seem to recall that BAR attempted to run two different liveried Tobacco sponsorship cars a la CART/Champ Car with the brands 555 & Lucky Strike – which I think was vetoed by either Bernie Ecclestone or the FIA. Whose idea was it to run that double livery paint scheme on what I affectionately denote as the “Zipper Car” (BAR001) in 1999.
(CP) It was a joint decision between BAT and myself. In reality I had another idea but was veto’d (with good reason) as I wanted the zip to open progressively showing a middle finger but I guess that would have been a bit over the top!
The FIA has recently confirmed the 2013 rules as follows:
Power units will be four cylinders, 1.6 litre with high pressure gasoline injection up to 500 bar with a maximum of 12,000 rpm, with extensive energy management and energy recovery systems (now known as ERS), reflecting the decision taken by the WMSC in December 2010…