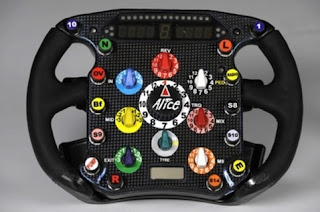 Not to be cornfused with the IROC, of which I’m extremely happy doesn’t exist anymore as it had simply become another playground for showcasing the overcrowded cadre of Stock Car drivers permeating the Norte Americana scene... As I prefer the true International ROC instead, but I digress, as always!

I first learned about the Eye Rock 500 sometime last year... And was very excited about it! As Clyde had even promised to help me participate... By surreptitiously donating the vehicle, a flamboyant purple Pontiac Grand Prix; You know? The ones made famous by the Pontiac marketing wide track jingle; “Wider is Better!”

As you see, (Pun intended!) today marks a very significant milestone for Mwah; your humble scribe... Of one I’m not exactly fond of, but nevertheless occurred a decade ago when it was best decided that I NO longer be allowed to operate a motor vehicle...

And as one of the band members of Death Cab for Cutie said during the Bumbershoot performance; NOT to get too heavy, but... My milestone PAILS MISERABBLY in contrast to so many others, as the likes of Alex Zanardi, Davey Hamilton and Wayne Rainey come to mind for starters... As I’m quite certain that those are just the tip of the iceberg, eh?

Yet, while I assume we all marveled at the triumphs of Olympic superstars Michael Phelps and Usain Bolt, I myself was much more intrigued by the story of this year’s Paralympics, which were also held in China.

As winning bidder NBC relentlessly pummeled us around the clock with this year’s Olympics, I’m totally unaware of any such Television coverage of the corresponding Paralympics, I mean HELL! Couldn’t they have been hosted on some Basic Cable channel?

And perhaps you’ve heard about South African double amputee Oscar Pistorius, along with all of the swirling controversy of whether or not he could compete in Beijing this summer? Of which he ultimately won his legal battle to compete, but unfortunately was unable to qualify due to his time being too slow...

Thus, I found myself compelled to listen daily to the New York Times for any stories about various American athletes, marveling at such examples as; Nick Scandone, Barbara Buchan and Marlon Shirley.

Along with other less heralded names competing. As in just one typically touching story, consider the plight of Nick Scandone, who at age 43 is intent to go out in a blaze of glory vs. his impending death from Lou Gehrig’s disease,

Meanwhile, after spending awhile scouring le internets... With NO luck, I’ve failed to come up with any further results in regards to whether or not the Eye Rock 500 was contested this year, as I simply sit behind the glow of the computer’s monitor as another “Armchair Quarterback” on Monday morning...

And as typical news reporting goes, there was NO follow-up reports that I’m aware of in regards to Scandone and co-sailor Maureen McKinnon-Tucker’s two person Sailboat competition... But I have managed to find out the results in which the duo were victorious...

Scandone and McKinnon-Tucker grab Gold in China
Posted by Tomaso at 2:38 PM