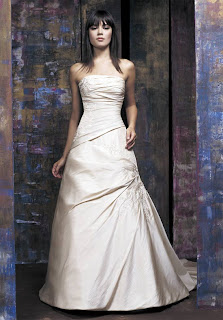 Although it had long been rumoured that Fernando Alonso would rejoin Renault for 2008, the deal has finally been “consummated.” As Team Boss Flavour Flav had previously suggested that it was a 60% certainty that “They’d kiss ‘N Make-up.”

Many pundits thus speculated that Ferdi the Putz would simply stay on “Holiday” until the FIA ruled on the “Reggie’s” infidelities, while Flavio stated that their previous history gave Renault the inside track towards reunighting with the Spaniard. (Prior to the WMSC’s meeting on Dec. 6th)

On November 19th while speaking to Italy’s ANSA Radio, Flav proclaimed that; “Renault would definitely have different drivers next year, [and] there’s a 60 percent chance Alonso will be with us.”

Briatore further commented: “When you marry, split up and get back together it is not easy, [but] we have the intention of finding a solution. This week will be decisive for the marriage."He can choose and he knows us. Last year he chose McLaren and made a mistake. We often forget these are 25-year-olds who have never lived their youths. They'd prefer to stay at home with their auntie than to go doing promotional work in Bangladesh or in Tokyo. Alonso knows us from a human point of view and that is important. The last season has been difficult for him. It may have even changed his personality. We'll talk; I want to see where he wants to go.
At McLaren he arrived as the world champion and he was put in competition against a rookie driver: that way the relationship inside a team is put in danger. You can't have two prima-donnas inside a team. You need to get behind one of the drivers."We have an advantage because we know him. Between today and the day after tomorrow it will be decided.”

Also long rumoured has been the suggestion that Briatore had promised Nelson Piquet Jr. a race seat for 2008, thus it was of little surprise when Renault confirmed that Fernando Alonso and Nelson Piquet Jr. would be the teams racing drivers for 2008, which sees Heikki Kovalainen being shoved out of his Renault drive.

With Toyota seemingly having secured its 2008 driver line-up, it appears the only reasonable seat left is McLaren. Which would fit Ron Dennis’s philosophy of hiring Finnish drivers.

Yet I find Flavio’s comments about putting Alonso with a rookie driver dangerous; HILLARIOUS, since this is exactly what he’s done for 2008… And don’t even get me started on the Prima Donna quip! Also isn’t it funny to hear the Italian playboy talking about long term relationships? “Hey Flav, how’d things work out with Heidi Klum, eh?”
Posted by Tomaso at 7:55 AM