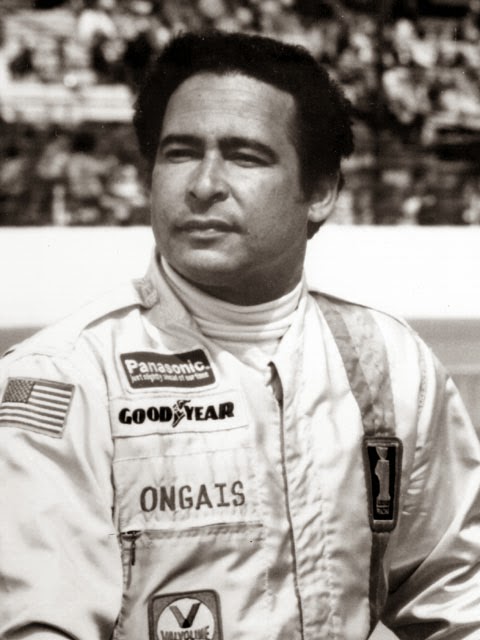 Having originally planned to post this sometime after having suffered the indecency of having to go on Holiday in Kona, Hawaii for 2+ weeks; (the first time) Ahhhhh.... What are the ‘lil people doing, eh? Hya!

Thus having intended to originally post this ‘Wayback in thee fall of twenty-eleven, of which I scribbled ‘bout previously in;

Nevertheless, the story never got written, as Y’all know the drill about thee ever consuming nebulous black hole fondly known as the No Fenders Wormhole Vortex! Which continuously swallows up pending yarns simmerin' in the vast NoFendersville kitchen...

Thus, alas  continuing on with my meandering Hawaii theme I once again scribbled my sundry thoughts after another visit to thee B-I-G island in;

And as I’ve scribled prior to this latest trip which was a welcome surprise from Santa Claus, I've once again managed to commandeer another visit  to Kona to escape the never ending theme of gray dreary and dark skies ‘O Seattle; but I digress...

Since I can only think of ‘Juan lone Hawaiian Piloto to ever contest the Indy 500 - which is even less than the number of African Americans to race at the hallowed grounds ‘O Mother Speedway... While I’m guessin’ Y’all can think of his name? I feel somewhat embarrassed that I’d forgotten he’d raced in Formula 1; Aye Karumba!

As it would be after I'd briefly started this yarn (the first time) that I learned of another reputed Hawaiian-born IndyCar driver by the name of Bill Allsup, who ironically I obtained his "John Hancock" at the 2012 Legend's Day autograph session at Mother Speedway, aka Indianapolis. As very little seems to be known about Allsup's background - other than his WICKEDpedia' page...

Although I've now just stumbled upon another website proclaiming that there's actually a total of five Hawaiian racing drivers, with four being from Honolulu: Bill Allsup, Kelly Hu, (not the model) Brice Miller and Les Vallarano, while the fifth, "Who's not like the Others" is from Kahului

And since our story is about that driver from Kahului

, Hawaii named Danny Ongais, then let's get to the story, shall we?

As Ongais was born on May 21, 1942 and has made the most Indy 500 starts of any Hawaiian native contesting The Greatest  Spectale in Motor Racing, as Bill Allsup, his senior by four years only successfully ran the 1981 Indy 500, while Ongais raced at the Brickyard eleven-times: 1977-86, and unexpectedly in1996, as Danny scored four Top-10 finishes, one ninth, two seventh’s and a best finish of fourth place during his eleven outings at the Brickyard.

Ongais’s name is also synonymous with Interscope Racing, which was funded and owned by the financially secure "Media Mogul" Ted” Field, heir to the Field family fortune - his father having owned the Chicago sun times and now reported to amass a fortune of $1.2-billion, but we’re jumping ahead of the story...

As the young Ongais began motorcycle racing at the tender age of fourteen, before enlisting in the Armed Forces and serving as a Paratrooper in Europe, and then being discharged and returning to his hunger for racing.

Ongais would win the 1960 Hawaiian Motorcycle Championship before shifting gears into drag racing, where after beginning as a mechanic he’d become champion several times over, his last title being won in 'Funnycar's  in 1969 reportedly, although Ongais would continue his affinity for "laughing gas" powered 'Straightliners into the '70's.

Reputedly Danny beat somebody by the name of Mickey Thompson - dually being hired to drive for him and amongst other things, Ongais was the pilot of Thompson's trio of nasty '69 Mach 1 Ford Mustangs  which set numerous speed records upon the Bonneville Salt Flats.

And what seems a reoccurring theme in Ongais's travels thru motorsports, by doing things his own way, Danny took up road racing at the remarkably late age of 32 where He promptly won 12-of-15 Sports Car Club of America (SCCA) races in the National and Regional series.

Thus Ongais's driving prowess in the SCCA garnered the attention of Ted Field who apparently was searching for a driver for his newly created F5000 Interscope Racing team, and the rest as they say is history...

Danny began his single seater racing career spending two seasons contesting Formula 5000 before Field, who was eager to move up the ladder progressed into the realm of USAC "IndyCar" racing, and more specifically the crown jewel, the Indianapolis 500. As Ongais ironically earned his rookie "stripes" at Mother Speedway in 1977, which ultimately saw 'Ol 'SuperTex, aka A.J. foyt make history with his fourth Indy 500 win.

Ongais won the Michigan 200 later in '77, his debutant 'B-I-G CARZ victory and then scored the first of his three poles that year  at the following race at Texas World Speedway in College Station, Texas before Field, who apparently still hadn't satisfied his motor racing itch decided to add Formula 1 to his and Ongais's resumes respectively

Field then purchased Danny two rides aboard ATS's ex-Penske F1 chassis, who'd decided not to go to the United States that season, as ATS team owner Hans Gunther Schmid whose Formula 1 teams I scribble 'bout briefly in; German Jalopies had purchased Roger Penske's stock after pulling out of Formula 1 at the end of 1976; with Field entering the Hawaiian in that year's final two North American rounds beginning with the United States Grand Prix-East at Watkins Glen aboard the re-liveried No. 14 Interscope Racing mount, the non-Works Penske PC4-Cosworth in which Ongais retired upon an accident on lap-6.

Yet in the following outing for Interscope at the Canadian GP at Mosport, Ongais would finish just one position outside of the points in seventh-place, which ultimately would be his career best F1 finish.

And although Ongais's Formula 1 career never saw fruition, 1978 arguably was his best year in single seater's as the Flyin' Hawaiian stormed to eight poles and five wins in his sophomore USAC Champ Car season - even leading the Indy 500 before retiring.

Yet I can only ARSE-sume that his Go-for-Broke Hard Chargin' "Checkers or Wreckers" driving attitude was instrumental in his surely disappointing eighth place finish in the overall championship standings, since Danny scored the most poles and wins vs. championship winner Tom "The Gasman" Sneva who laid a Goose-egg for wins en route to his second consecutive title for Penske Racing before being fired...

Danny switched to the Ensign  F1 Team for the first two races of the 1978 season with lackluster results, retiring with distributor rotor and brake dis failures before Messer Field bought a third Shadow chassis for Ongais to pilot at the USGP-West in Long Beach, CA where Danny failed to pre-qualify for the event. One final attempt was made at that year's Dutch GP aboard his Shadow which once again he failed to pre-qualify - subsequently electing to focus upon his USAC career instead, where he'd score five victories with his F1 career coming to a close.

Arguably Ongais's major race achievement was winning the 24 hours of Daytona in 1979 with some chap named Hurley Haywood and boss Ted Field at the controls of a Porsche 935, as Danny reportedly claimed many Sports Car victories in Porsches, along with contesting the 24 Heurs du Mans also with boss Ted Field in the cockpit.

While Fields & Ongais hold a dubious side note in Open Wheel Racing history with Interscope Racing having planned to race the 1980 Indy 500 in a Roman Slobodinskij penned chassis powered by a Porsche V-6 turbo variant of the 935 Panzerwagon. Yet with many fearing Porsche's potential dominance and USAC reeling from the creation of the rival Championship auto Racing Teams series, USAC rendered the engine obsolete by cutting its boost pressure a la the turbines and Porsche tersely pulled the plug  upon its Speedway plans, while IMSA was quite content to see the little motor blossom into the powerplant of the almighty 956 & 962's.

And if you're thinking the name Slobodinskij sounds vaguely familiar? That's because he was the chief designer of those AWESOME 1970's A-L-L conquering AAR Eagles which "Gordy" Johncock and "Uncle Bobby" (Unser) drove to victory at the Speedway in 1973, 1975 respectively when the "Wedge" shape was in!

Yet as we all know, Danny's IndyCar career came tumbling down in 1987 after he'd finally secured a ride for The Captain  (Roger Penske) in that year's Indy 500 before crashing during practice and being ruled out of the race due to a concussion, with somebody named 'BIG AL (Unser Sr.) getting the ride instead aboard a year-old showcar chassis that he took to an improbable fourth victory at Mother Speedway.

Yet Ongais wasn't quite finished with the Brickyard just yet, as he'd be pressed into service by John Menard after the tragic death of 1996 pole-sitter Scott Brayton. Having to start dead last as Brayton's replacement, Ongais at the age of 54 did little to embarrass himself by wheeling the Lola/Menard V6 to a respectable seventh place finish, (3-laps down) while reputedly his last major racing start came at the tender age of 60 in a Grand Am Sports Car race...

Yet another of Ongais's nicknames seems most appropriate for him, having also been anointed the moniker of the "Silent Hawaiian," which is totally apropos, as karmically I'd witness this key feature of Danny's in the flesh 'Wayback in Twenty-oh-Seven where we stumbled into Senior Citizen Mr. Ongais (age 65) inside the Flagroom Bar & Grill, which I scribbled 'bout in;

As "OnGas" was trying to quietly eat his lunch in relative obscurity before Indiana Bureau Chief Daniel Baines Cooper asked me if I wanted to meet him? As he sat across from our table, and although polite to us, as all I recall is him saying he'd never ride in a two-seater! He was very Kurt and naturally said few words as D.B. Cooper soon dropped his attempt to interact with Messer Ongais!

As perhaps this obscure '87 Chicago Tribune article I found upon the A-L-L Knowing Intrawoodz' sums up Ongais's public persona best?

Danny Ongais: Indy's Mystery Man
Posted by Tomaso at 9:35 AM