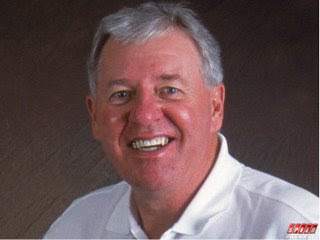 It sure seems like a very long time ago that Spokane, Washington native Thomas E. Sneva (who just celebrated his 60th birthday on June 1st) won the 1983 Indianapolis 500…

Yet, in the early 1970’s, Sneva decided to move cross country to Indianapolis in order to take a shot at becoming a professional racing driver by hurtling about in USAC Midgets, which apparently must have gone quite well since Sneva would make his Rookie debut at the Speedway in 1974… (Of which he was involved in one of the most violent looking crashes at The Speedway! But one can only assume that “The Captain” (Roger Penske) saw enough raw talent in the fellow “Warshentonian” to hire him as a driver the following season, where Sneva would spend a tumultuous four years, before being fired by Penske for being too outspoken.

But during his tenure at Penske Racing, alongside such notable talents as Mario Andretti and Bobby Allison, Sneva would ultimately be replaced by his newest teammate and some young Californian named Rick Mears… While being constantly a thorn in Mario’s side, going on to win two USAC National Championships (1977-78) before moving onto “Greener” pastures…

Although according to noted journalist and author Doug Nye, Mario Andretti was the first to go 200mph at the Speedway… Nye refers to Sneva as “snively” in his book; McLaren: The Grand Prix, Can Am and Indy Cars.

Yet, Sneva would become the first official driver to crack the 200mph barrier at the Speedway, when he won the pole in 1977, with a record single lap speed of 200.535mph and a four lap average of 198.880mph aboard his Penske Racing Norton Spirit McLaren M24 Cosworth. And although Tom started first, as we know, someone by the name of “Super Tex” (AJ Foyt) would go onto become the very first driver to win Indy four times that year, while Sneva finished runner-up.

Robin Miller;
“Snively is something we always called him, not sure of its roots.”

“The day before he broke the 200 mph barrier, he tried running flat out in Turn 4 with Mario's set up and crashed. Jim McGee wanted to fire him but snively came back the next day with his setup and his bravado to break 200 and win the pole.
'That night he was driving a bunch of us to dinner in his van and there was a mile of cars behind us because Mr. 200 MPH was driving 28 in a 45 mph zone.”

And while Tom is the best known driver of the Sneva clan, his younger brother Jerry also contested the Indy 500 (1977-80, 1982) as well as competing in the USAC/CART championship trail alongside his brother, while unfortunately Tom’s younger brother Ed “Babe” Sneva Jr. was involved in a racing accident at Cranbrook, BC during a CAMRA Super Modified event and died after going into a coma.

The following year, in what would become Tom’s last driving for The Captain, Sneva once again stuck his Norton Spirit on the pole, for a second consecutive year, as Penske had switched over to running his own chassis, with the debut of the Penske PC6/Cosworth. Yet, once again Sneva would be frustrated by taking the runner-up position behind future Penske piloto Al Unser Sr.

As typical in motor racing, the landscape of Indy was rapidly changing, as 1978 was the first year that the entire front row was propelled by the Formula 1 derived DFV Ford Cosworth V-8 “lump” which was known as the DFX, having been turbocharged in order to finally slay the ubiquitous four cylinder “Offy” (Offenhauser) dragon that had ruled Indy for nearly four decades. (Pole: Tom Sneva, Penske/Cosworth; 2nd: Danny Ongais, Parnelli/Cosworth; 3rd: Rick Mears, Penske/Cosworth)

And thus as the Offy went, so too did the wedge shaped McLaren’s and Eagles, as Jim Hall’s revolutionary “Yellow Submarine” (Chaparral 2K) ground effects car made these past winners obsolete.

Yet, there were some last minute heroics for the McLaren IndyCar, as originally Sneva had been set to race the Bon Jour Action Jeans sponsored Phoenix ground effects chassis for Jerry O’Connell’s team and had qualified it fourth. But an accident left the car destroyed and the team was forced to settle upon rolling out ‘Ol Hound, its three years old McLaren M24 chassis, as the Indy 500 rules stipulated, Sneva would be required to start dead last in the field, yet The Gasman was soon mixing it up midfield and even briefly led before finishing runner-up to Johnny Rutherford, (in the Yellow Submarine) as this impressive feat of going from 33rd to 2nd had never been accomplished before and would be Sneva’s third second place finish at Indy.

Can you name the other driver to accomplish the same feat? Yeah, his name is Scott “What Pace Car?” Goodyear. (1992)

For 1981 Sneva briefly ran up front once again at Indy aboard a finicky March 81C/Cosworth chassis in which Sneva recorded the fastest overall qualifying speed, (200.690mph) but was forced to start 20th due to not qualifying during Pole Day, before ultimately retiring.

Then in 1982, Sneva decided to join forces with the mercurial George Bignatti, which resulted in another very tumultuous partnership, as Sneva would duel with eventual first and second place runners Gordon Johncock and Rick Mears before winding up fourth with an engine failure on lap 197.

Yet, for 1983, I seem to recall that in order to reduce the pressure of working for Bignotti; Disney’s “Goofy” was employed to lighten up the Texaco Star Bignotti-Cotter gang’s mood in Gasoline Alley…

Making his tenth start at the Speedway, Sneva would ultimately go on to win his first and only Indianapolis 500, a record seventh victory for Bignotti as Chief Mechanic… Recall this was the year that a Rookie “pip-squeak” by the name of ‘lil Al tried to play blocking back for his father Big Al, and frustrated Sneva for 16 laps before he finally got around both of them enroute to victory.

For 1984, driving for the newly formed Mayer Motor Racing, (Sneva’s final year of Texaco sponsorship) Tom would capture his third and final pole at Indy, enroute to becoming the firs driver to go 210mph, with one (210.689mph) and four (210.029mph) lap averages respectively. Starting from pole, Sneva would finish a disappointing 16th, due to a CV failure before moving to the Skoal Bandit for the following three seasons. And while The Gasman was quick, he also was involved in a lot of incidents, as his career ultimately began to slide downhill, as Sneva currently holds the dubious record of most race crashes at the Brickyard. (1975, 1979, 1985-88, 1992)

Sneva spent his twilight years piloting inferior machinery, although the stock block Buick V-6’s never lacked for horsepower, just the fact that they were most likely over-boosted in an attempt to make up for the lack of two cylinders, they routinely “DONE BLOWN UP!” as they seemed notorious for their lack of reliability…

Sneva announced his retirement from Indy Car racing after contesting the 1992 Indy 500 and now resides in Scottsdale, Arizona, where he owns a Golf Course which reportedly still has the world’s fastest golf kart…

But my favourite Robin Miller story about The Gasman is when CART made its initial foray south of the Border, racing in Mexico City. (1981-82) And apparently while the drivers were waiting to be shuttled back to their hotel rooms, Sneva was coerced into commandeering an empty School Bus missing its driver in order to leave the track! As it musta seemed like the Good ‘Ol Days in Lamont…

Jim Murray:
“Tom Sneva was the only race driver who knew that a hypotenuse wasn't an animal…”
Posted by Tomaso at 7:24 AM