F1: What Channel's the Action On Today? 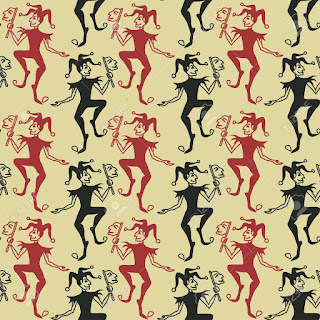 Round 'N Round Duh Dial I Go, Where in thee Hell the Bloody F1 TV Coverage is, Tomaso sure Doesn't Know!

Uhm Vanna, I wanna buy a Vowel? Err, I meant I wanna buy another ESPN Franchise, as I think the letter T's still available?

This is getting Pathetic, Oh Wait a My-nute', it's been that way the entire Bloody Formula 1 season. But just when I thought I was finally getting the hang of things by only scourin' four possible TV Channels for F1 television coverage; SHUHZAMM!

Where The Foobars' Friday's Brazilian Grand Prix Free Practice? As it only took me 'bout a half hour's time to finally find a Spectrum TV Channel guide that Lucy', My Hard Working Screen Reader could actually Read; SPEW!

As I've never, ever even heard of ESPNU before, until vainly trying to find the regurgitated Sky sports Broadcast Stateside today! But Hey, those Fine folks of thou Magical Kingdom sure must be pleased that I'm learning how to find Thar cacophony 'O splintered Sports Channels, Righto?

Having finally deciphered that ESPNU, with the U apparently standing for University, since Thars' not already enough Grid Iron channel; BARF! Was obviously channel No. 407. Which I then sauntered out to Thy Telie', punched the number in and Viola! I'd only missed the first 25+ minutes of the (Free Practice) FP2 session.

As it's strange to Mwah, but in some Odd, twisted 'N Contorted ways I'm already looking quite forward to the Formula 1 season being Over!

As Me Thinks that's gotta be a New Track Record, Correctomundo? With each day's Brazilian GP television coverage on a different network.

As Friday's was on the aforementioned ESPNU. Then Saturday's is on ESPNews, which Speel Chequor correctly wants to change to SPEWS! And Sunday's race is on le Duesh', aka ESPN2.