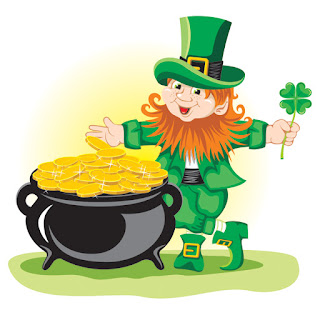 'GAWD, I NEED A DRINK again! Like one or three Guinness's; Hooah! As I've just completely burned myself out - per usual this time of year with the twinning; Err tripling, Uhm? Quadrupling 'O motor races taking place round Thy Globe, Ja Volt!

As its just becoming worse 'N worse notably upon thoust neck, shoulders, derriere and most importantly Thy eyeballs seared tryin' to scribble away furiously the past few weeks in order to get everythingy loaded onto  the P.O.S. Blogger.com platform "Justin-time" for the season opening St Pete IndyCar Fantastica, 'OZ F1 race Down Under, Qatari MotoGP Nightcap and Oh Yeah, 12 Hours of Sebring; Schnell, Schnell!

OOPS! Think it's supposed to be Blarney, since it's an Irish Holiday after all, right?

As can five years already have slipped by since I spent I-T on a Big 'Ol Jetliner winging my way to Adelaide on my Revhead' Holiday Down Under; Crikeys Mates!

And will we ever see another Irishman in Formula 1? As it's a long time ago since "IRV-THE-SWERVE!" Was incredulously fighting for world championship honours in lieu of his de facto team leader Herr Schumacher mending a broken leg; remember that Y'all!

Or better yet, albeit somewhat dated, just skip to my epic two part Irish Racing Drivers tome instead to learn thee answer to who's the last Irish Bloke to race in Thy pinnacle 'O motorsports...