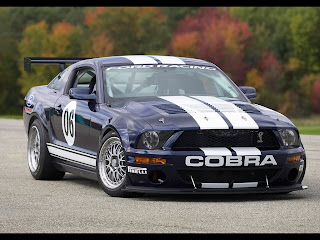 Since I started penning stories for No Fenders, my Television viewing seems to have diminished greatly, although I do still watch all of the Formula 1 and Champ Car... Err, some of the Indy Car World Series events, yet I’m not sure if my constant scribbling has detracted from watching TV or is it the OVERABUNDANCE of Tin Tops on the RASSCAR Shoppin’ Network, as the SPEED Rat-pack ‘O intrepid RASSCAR reporters seems to assault my senses whenever there’s NOT a Boflex advertisement on... Whale Goll-lee, all we need now is for ‘Ol DW to say; “Boogity- Boogity- Boogity!”

Yet, SPEED’s airing of the Monterey Historics always seems to sneak up on me, catching me unprepared once again, although I did hear Bob Varsha mentioning it during a previous Grand Prix, as Toyota F1 piloto Timo Glock was scheduled to be on hand this year to pilot one of Dan Gurney’s all conquering Eagle GTP chassis... As these cars would be the last great racing cars in IMSA GTP competition, having decimated the field and trumped the once dominant Nissan, which Geoff Brabham used to conquer the once dominant Porsche 962’s...

But, by-gum-it! Once again I’ve missed SPEED’s initial airing of this year’s 35th Anniversary of the Monterey Historics, which undoubtedly is my favourite Historic car event, having been to Laguna Seca Raceway multiple times before it became Mazda Raceway... And thus if anybody knows when SPEED will be re-airing this program please let me know, eh?

Keeping true to form, last year, I also missed the television coverage of the 34th Annual Monterey Historics, as the 2007 featured marcque was the Indy Roadsters (1950’s) of which I’m not a huge fan of. Although these front engine roadsters with their ubiquitous Offenhauser engines were the forebears to today’s single seaters.

Thus, it appears that the last time I caught any of the Historics action on the Telescreen was two year’s ago when unfortunately I didn’t have a blank tape loaded in the trusty ‘ol VCR, so I missed the beginning of the 33rd Monterey Historics on SPEED, although I did manage to watch the Historic Trans Am race, which was fairly entertaining.

The Historic Trans Am series was celebrating its 40th Anniversary two (ACK! Where does the time go, eh?) Summer’s ago, (2006) with a four race schedule, with the Historics being their Daytona 500, as the huge 25+ car field of “rolling thunder” at Monterey saw Jamey Mazzotta in his “school bus” yellow 1970 ex-Bud Moore/George Folmer #16 BOSS 302 swap the lead several times with Terry Miller’s #7 1967 Camaro “ZED-28.”

And SPEED actually did a nice job of covering the entire race, breaking it into three segments with two commercial breaks, including a few “feature” cars with Alan “I KNOW EVERYTHING” De Cadenay profiling the Edelbrock’s pits, yes as in Edelbrock aftermarket performance parts... With De Cadenay focusing upon Vic Edelbrock’s 1969 “Fo-Mo-Co Factory” BOSS 302 parked alongside daughter Cami’s 1968 Smokey Unick Camaro Zed-28.

Also profiled was an-ex factory “ZED 28.” That was purchased by a school for students to work upon. The school’s insurance didn’t allow for student drivers so they had to use “hired guns.” These drivers included Bob Bondurant ((“BONDO”) was recovering from open-heart surgery during the 2006 Historics) and Dick Gullstrand whom at 80yr’s YOUNG was behind the wheel for the vintage race.

On the final lap John McClintock (Olympia, WA) in his 1969 BOSS 302 (#70) who’d quietly moved into third place, made two excellent passes to vault himself into the lead… Yet power-sliding off the final corner, the three car Monty, Err, drag race saw both Mazzotta and Miller repassing McClintock as the checkered flag flew… With the three car’s finishing in that order

SPEED’S Mike Joy commented on how these chassis were true “body-in-white” production vehicles converted into racing cars with their small block V-8’s regulated to a maximum displacement of 305 cubic inches. “They’re NOT tube frame chassis,” quipped Joy, while noting that Kenny Epsman is the Historic Trans Am “overseer” (President) with Tom McIntyre in charge of the rules committee.

And I’ll admit that I’m a fan of the vintage Trans Am machinery, especially the Ford Mustang BOSS 302’s, as these beastly Pony Cars will always be the TRUE Tin Top Stockers to me as its amazing to watch them carve up road courses in these be mammoths, of which I’ve had the privilege of doing both at Laguna Seca and Sears Point.

And although the Ford Motor Company has a long and cherished racing history, the Dearborn giant has unfortunately curtailed much of its motorsports involvement. Selling off Cosworth and its Jaguar Formula 1 team, as well as pulling its support of Champ Car... Well Ok, that turned out to be a somewhat wise move, yet now the Blue Oval seems to be primarily focused upon RASSCAR.

Thus it was interesting to learn about the Ford Motor Companies latest unleashing of the venerable Mustang, with the debut of the FR500S at the 2007 SEMA show, which seems to be a throwback to ‘dem good ‘Ol dazes... As this Mustang also comes directly off of the production line, before being converted into a race ready “turn key” chassis that you can purchase from any authorized Ford dealer. And these “Stang’s” are especially produced for the newly created Miller cup, a spec racing series for aspiring amateurs, in conjunction with the Miller Motorsports Park in Utah.

This new focus of ‘Stang’s devoted to racing is part of Ford Racing Performances “ladder” approach to “Grass Roots” racing, which begins with the Ford Performance driving school in tuned Mustangs. This leads to the Miller Cup and 325bhp Miller cup Pony Cars… For those who “Feel the need for (More) Speed!” One can step up to the FR500C ‘Stang which has been created for competition in the Grand Am KONI Challenge. With the ultimate ‘Stangs being the Homologated FR500GT & FR500GT3 for European racing,

And with Robin Miller’s article ‘bout the massive interest in other Automobile manufacturers potentially entering into competition with Honda in IndyCars, perhaps Ford will see the light and rejoin the ranks of Open Wheel Racing “Just-in-Time” for the 2011 Indy 500?

Of course, The Big Three will need to first rebound from their teetering insolvency... As they’re all hemorrhaging in massive fiscal loss at the moment due to their unwillingness to give up on$UV’s and Pickem-up trucks, while HELL! Even Toyota is cancelling production of its high profit Tundra’s in Indiana...

But then again, recall that Ford, General Motors and Toyota have all competed in CART/Champ Car and the IRL previously, with GM even going so far as to have Cosworth design and build normally aspirated lumps for their faltering Indy Car program, as Toyota was at the moment the force to beat, prior to Honda ruling the roost, so it seems quite plausible that Ford could indeed once again hire Cosworth to dust off their old Indy V-8 lump and update it for Ethanol use in 2011, unless (HOPEFULLY!) Tony George decides to return to the alluring siren sound of turbos... In which case, there was a pretty successful Ford XD turbo lump built back then...
Posted by Tomaso at 10:32 AM