“IRV” gets to Swerve 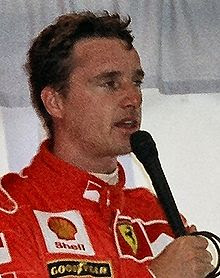 Eddie Irvine, better known as “IRV the SWERVE, will get another opportunity to aptly demonstrate his sideways slewing skills that earned him the nickname “IRV the SWERVE.”

Irvine will take to the wheel of a Deeter Majestic (Red Bull) VW Touareg in his native country, as part of the prelude to Rally Ireland. As this top cross country rallying team will perform in the Super Special stage kicking off the WRC event in Stormont, Belfast.

The crowds will be cheering for IRV as the Super Special stage signifies the inaugural round of the World Rally Championship to compete in Ireland. This stage will see the top rally drivers compete head to head around Parliament Buildings' grounds and a flying finish over the specially designed Creagh Bridge.

The Red Bull VW Touareg, normally piloted by ex- WRC Superstar Carlos Sainz, whom recently won the World driver's title will instead feature Irvine, most notably known as Michael Schumacher’s wingman at Scuderia Ferrari Marlboro, in hopes to elicit spectators for the event.

Sainz, one of the World Rally Championship’s most successful drivers, claiming two WRC Drivers titles in 1990 and 1992 in a Toyota Celica, has just captured the title in this year’s FIA Cross-Country Rally World Cup. As Sainz, now a VW Factory driver won the UAE Desert Challenge. The victory marked the Touareg’s twentieth win as Volkswagen now sets its sights on the 2008 Dakar Rally…
Posted by Tomaso at 8:28 AM