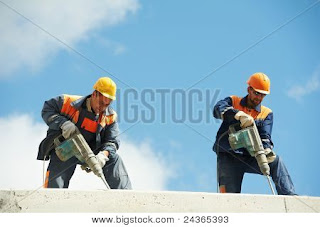 My, those sure are funny lookin' F1 Cars on Thy Telie!

And was totally DISGUSTED! As What Thee Fuck NBCSN! What is this SHIT playing in place of when the Formula 1 race is supposed to begin; BASTARDOS!

As some El Stupidio Hugging your Car, Squeezing your Car? NO! Don't think this is the President's favourite show... As why does Pimp My Ride come to mind here? As seriously? We're selecting a vehicle based on the sound system's inside it; WTF!

As some lame brains were hosting a show I've never heard of before called Car Matchmaker; BARF! Pairing up some California Tanning Dude with a vehicle, but where's my Bloody F1 Programme Buggers! Or should that be Bloody Wankers!

As I'll never know if this is simply comca$t's way of giving the middle finger to John Malone? Or slyly telling Liberty Media they're No. 1! But knock it off comca$t! As it's obvious you do not give a SHIT 'bout Formula 1 or the contract you hold to broadcast it!

As you're telling me that some 30mins Reality TV Show  has paid more to have its programme shown vs. F1; WTF! As Gasp! We almost missed the last ever Grand Prix Super Bowl event held at Malaysia, right Chevy Chase? Oh Never Mind!

What's That? Liberty Media's Ditching NBCSN? Can it be possible? Hurrah! As may be we'll get some "New & Improved" television coverage finally...

F1 announces Deal with ESPN for US Television coverage

Thus with this totally unexpected news, albeit I knew that NBC Sports Network and it's Parental Unit NBC were on a one year extension this year, I certainly wasn't expecting this move, which I read  about yesterday morning...

The welcomed move opens up other questions, most notably, Thars' a fellow IndyCar Blogger who constantly Fawns over making Kevin Lee "the Voice;" Err lead announcer for the entire NBCSN IndyCar TV Package.

Even though I agree it would behoove IndyCar to have a single, solitary, signature voice at NBC Sports calling the action, I'm simply NOT in agreement that Kevin Lee's the right choice!

Since ARSE-Sumedly the current Formula 1 Broadcast trio, or quartet will follow the show to its new home, a la when F1 left SPEED and moved to NBCSN and Duh Peacock', nee NBC. With Leigh Diffey as lead announcer, and 'Ol Hobbo' (David Hobbs) and "Professor (Steve) Matchett" as the Expert Analysis, or is that Analysices? With thou 'Wee Willie Buxom (Will Buxton) as the On-site Pit Reporter.

If so, this would mean that NBCSN will need a new lead announcer, for which I've got nothing against Kevin Lee, 'cept for his squeaky high OH NO MR. BILL! Exuberance, which I've noted before in;

Hence, why not put "Professor B," aka Jon Beekhuis in the booth as the lead announcer, a job he's done quite competently before Wayback during the Champ Car days.

As Kevin's a fine Pit Reporter, and it'd be an easy swap, which is what I'd do if I had my druthers, but after all, I'm just a lowly Blogger; Err Keyboard Warrior who types way too much!
Posted by Tomaso at 4:20 PM