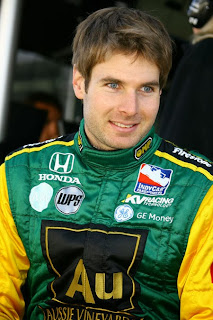 Seams like summer has disappeared in the blink ‘O an eye, literally... As the IndyCar series seems like a mighty convoluted mess to Mwah - I suppose for several reasons, i.e.; 3-week disruption due to farcical race cancelation and that bright thingy outside - momentarily; called the Sun! Not to mention the chance to get Out ‘, more specifically awayz from thee Confuzer and give ‘Lucy; my as-STEAMED! Screen-reader some time off; Hya!

Thus, if you’re looking for a riveting finale re-cap here; PHYSCE! You’ll haveda wait until I can poond it out upon my keyboard, as my typing speed seems to be diminishing these dazes... (Perhaps since my ‘Noggin is racing in several opposing directions regarding story ideas continously!)

Adding to this discombulation with all things Open Wheel Racing, i.e.; F1 and IndyCar was the fact that I ended up taking a 10-day trip to over the Labour Day weekend to visit friends, the Sand Dunes, the Ocean, Campgrounds and the sound of the Fog horn & roaring ocean off in the distance...

Thus I found it funny how the suspense of NOT knowing who was on first; Err who’d won the Baltimore race was momentarily shattered by somebody leaving me a cryptic voicemail going BOO-HOO-HOOOOOOOOOOOO... SHEISA! As I fumbled to hit the ERASE button before the entire races outcome was divulged! As Mary Ellen had a good chuckle when I told her I think somebody just told me that my driver Will Power didn’t win the race; URGH!

Thus, apparently the Herculean No Fenders Feelgood Mojo effort was to NO avail, as I’d Spent the entire weekend proudly sportin’ my brand spankin’ new Will Power T-shirt in , to which our most amiable hosts pondered out loud: Is that really his name?

Thus, one week later, I sat down to watch; Err listen to my taped coverage of both qualifying and the race in thy nick ‘O time, since I’d need to clog-up the recorder at 10PM that evening in order to tape the Italian Grand Prix replay followed by the GP2 race...

Hence, I wasn’t overly surprised to see that duh Peacock-lite (NBC Sports Network) is firmly following in the footsteps of Duh Douche! Aka ESPN2 and its fine family ‘O Dizney Shoppin’ Networkz... As I’d set the ‘Ol Memorex recordin’ machine according to the info provided prior to my departure for ... As guess what? They bumped IndyCar36 once again in favour of some STUPID Stick ‘N Ball Talking Heads instead... Hmm? And Kevin Lee wonders why IndyCar is getting such a LOW TV rating on his employer’s (NBCSN) television channel, eh?

Of course I was ecstatic with Power’s Pole-run and summarily thought he’s got I-T in duh bag, right? As we all know the outcome of that race, as my new Numero Uno Bad Hombre ‘BULLY-RAY! Threw down upon his competition and stormed to his fourth win of the season; SHEISA!

Thus it’s funny thinking how Power got screwed in the Pits once again, or was it pit strategy? As I seem to recall that his previous chief strategist Clive Howe; or is it Howell? Which makes me think of Gilligan’s island who I believe had a Howell upon it? As Clive somebody got removed in favour of Tim Cindric - who I’m NOT calling for his removal; BUTT! You just haveda really wunder what’s going on at Team Penske these days... Although ALL will be made right if Power finally WINS his first ICS title Saturday night in ...

Thus I found myself transfixed on the floor of the No Fenders office listening gleefully to the morning & evening practice sessions - along with the day’s qualifying session via Zed Internetz IMS Radio Network connection via Indycar.com... Which ! Worked 93% of the time... Only dumping upon Mwah during the final minutes of the evening’s extra-stoppage time coverage of final practice...

Yet I still don’t understand why I’m NOT allowed the freedom to choose between browser choices as Internetz Exploder immediately defaults to the m.mobile website and Moozilla doesn’t activate the screen saver... STRANGE SHIT SHERLOCK! But Hey, it kinda perfectly sums up the current state ‘O IndyCarz, eh? Hooah!

And I raised a glass ‘O Guinness to Bob Friday night, as most appropriately the IMSRN BoothBoyz Mike “Yippee-Aye-eh!” King  & Mark “Graveley” James spent several minutes commiserating with Bob Jenkins over his impending retirement from fulltime TV broadcasting... As Bob was his usual unflattering self; saying I don’t get it, it’s just a guy retiring who’ll be replaced by somebody else... Hopefully Brian Till - who seems far less rough around the edges than Kevin Lee...

Then in preparations; or is ‘Dat Preparation H? I decided I’d better go for my semi-regular ‘Walkabout to get some fresh air Saturday morning... Especially since I was preparing to do the unthinkable later that afternoon by watching the whole BLOODY 80-minutes Pre-race preamble in honour of Messer Jenkins... As really NBCSN; 80 F$$KING ‘My-nutes ‘O dribble ‘bout who’ll win the title; WTF? Perhaps you’re tryin’ to make-up for LOST revenue the old fashioned way? I mean you wunder why you’re getting a point-3 rating with your FREAKIN’ Infomercial pre-race snooze-fest? Oh Never Mind!

Thus it was funny as I passed the neighborhood’s Frisbee-golf course and two middle-aged dudes were summarily blocking the sidewalk in heated conversation over what Frisbee weighed less... Hence making me chuckle to myself over how Boyz will be boys - always seeking “The Unfair Advantage,” which is vintage trademark Penske-speak... As after all the phrase was coined back in the Mark Donohue era when he and The Captain were always looking for ‘Uber-clever ways to outthink ‘n outfox the competition...

Thus, I hope this esoteric thought is a good omen for my guy ‘DJ-WillyP in Saturday Nite’s “Knife fight” for the coveted Indy Car Series title, as I really DON’T wanna be crushed again for the third year in-a-row! Which is wy appropriately my beer ‘O choice for the evening, as in 17:50 is Fosters time, Mates! As I’ll need a gulp of the iced Fosters ‘Oil-can to get ridda my pre-race blues; Hya! So good luck Will Power, as I dunno what it means; BUTT! Scarily my Golden Oldies station is playin’ Lynnard Skynard’s “They Call Me the Breeze” right now, which I suppose is aptly suited to one of the two title competitors, right?


UPDATE
'Whale apparently I was so bummed over Will Power's inexplicable spinning top maneuver into the wall when trying to overtake eventual Indy Car Series champion 'Bully-Ray; Err Ryan Hunter-Reay that I didn't even bother scribblin' anythingy 'bout I-T afterwards... Although at least it wasn't nearly as DESPICABLE as the prior year's season ending disaster at 'los wages, which I scribbled my Post-race thoughts in;


INDYCAR: Taking A Hard Look in the Mirror
Posted by Tomaso at 9:44 AM