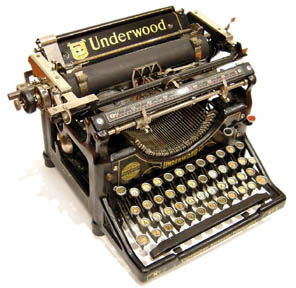 Whale Otay; first of all excuse me for writing this after the fact... But I just cannot seem to squeeze-in everything going on around Der Motorsporten Vurld in a timely matter... I mean its HELL tryin’ to keep up with the Blogosphere as there’s several great Motor Racing Bloggers to choose from.

Secondly, forgive me for not being Bold enough to introduce myself to the other fellow “Blog-arati” (I like it Jeffrey...) whilst being fortunate enough to be granted access to the inner confines of the Indianapolis Motor Speedway’s Media center this past May, which was a totally KOOL experience for Mwah.

Case in point, I missed the following Blog stories during the Month ‘O May, as I’ve just stumbled across Erik Decker’s Laughing Stalk blog totally by accident, having never heard of it or him... as Erik actually dropped a quick line about the esteemed “Blogger’s Alley” in the Media center this May, of which I only met two of the noted eight... (OOPS! Sorry ‘bout ‘dat!) Especially since this was the very first time Bloggers were granted access...

Also, since I was away from ze confUZer while gallivanting about Speedway, Indiana... And “Lucy” in the sky with Diamonds in particular... better known as my esteemed? (Or Steamed! Hey uze try reading’s this stuff constantly...) Screen reader, I missed Jeffery’s (My Name is IRL) post about our excellante trek around the Speedway grounds; as Jeff isn’t NO slouch when it comes to the Indy racing League and its support series...

And I recommend you check out all of the Blog-arati listed upon Erik’s list for some great writing and the latest ‘N greatest info on (primarily) what’s happenin’ in the Indy Car World. Not to mention the frozen Tundra brigade from Up North, Eh? As in:

Matt Chamois: The Other side
Meesh’s: So Here’s What I’m Thinking;

Better known as S.H.W.I.T. according to Pressdog, not to forget Mark, Ryan and whomever else I’m forgetting...

So it just goes to show Yoose’ (me included) that ‘Juan can simply NOT keep up with the explosion of information floating freely about Al gore’s invention thingy, eh? As now I’m even further behind! Having the good fortune to be traipsing around Jolly ‘Ol England at the moment...
Posted by Tomaso at 12:03 PM