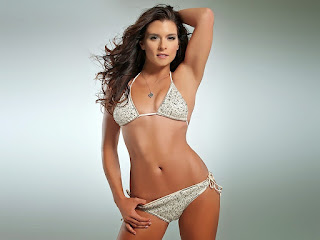 Yep! It's that time of the year once again to honour the Disco Queen of 'RASSCAR! Although I think she may already have a Valentine's suitor this year, as I've been told by No Fenders AZ Bureau Chief Snowbyrd MJ' some NFL QB named Aaron Rodgers has got the Hot's for her; Touchdown! While Good 'Ol Ricky-boy's definitely lost her number.