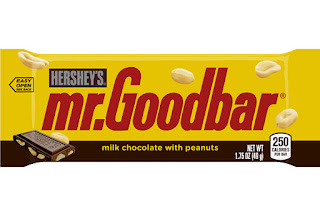 Funny how the Karmic Whip Snaps predictably after one finishes Scribblin' thou story. since just hours after I'd finished my No Fenders McLaren Today rant, when perusing my NFB Newsline for The Blind telephone service's Daily Mail's F1 Section. As 'Ol Kenny Sargent would say, BAM!

As perhaps Y'all heard how things Aren't exactly "Peachy" at Woking's Imperial Palace, where McLaren Staff members weren't swooning over getting a bite-size Chocolate Bar for their exemplary Hard Work.

Whilst reportedly, the man in charge of the lot, McLaren's Racing Director Eric Boullier roared Demonstratively at Reporters in France a la Romain Grosjean having a tirade over his In-car Radio! With Boullier being quite combative during a Thursday Formula 1 press briefing at Circuit Paul Ricard,
the Man's Home Grand Prix No less, Wee-Wee!


As apparently things AIN'T all Sunshine, Rainbows and Chocolate Bunnies in Woking. Psst, anybody want a lollipop?

With the Fabled team, and Zak Brown apparently now being in Full-on Damage Control, with Monsieur Boullier apparently being removed from press Duties, while the team seemingly Flounders On!

As Seriously! Why would Danny Ric' wish to go to McLaren just for a larger Pay-cheque? Since isn't winning races and Championships a Driver's ultimate goal?

Yet we All know that Monsieur Boullier has tendered his resignation at McLaren prior to their Home Race at Silverstone. So Now All of the Staff can look forward to Gil de Ferran, it's new Sporting Director continuing to pass out more of those delectable Chocolate Bars...

Boullier Resigns
Posted by Tomaso at 10:10 AM