Why the BLEEP Indycar.com, Why? 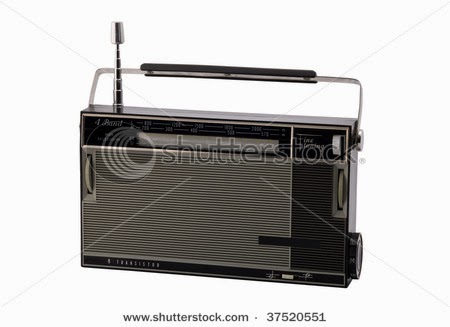 Otay, so I should have known how it was gonna go after waking up Saturday morning 'N noticing my eyes were acting up once again; BUTT!

Why must Indycar.com continuously FUCK AROUND with their overly graphic intensive "Tokyo Fly-by-Night" website! Or is that a rhetorical question?

And since I'm still mildly intrigued in IndyCars, and more specifically who'll win this year's championship, I decided to try once again listening to "LIVE" Qualie' calls via the aforementioned Indycar.com - which I pretty much abhor 'N try visiting as little as possible!

Hence, logging on at the requisite time of 11AM Pacific, imagine my DISGUST when I couldn't SEE the red "Play" button on white background which has resided in the P.O.S. Live Timing & Scoring page's upper right hand corner the past few seasons... Which was now occupied by a Ginormous NBCSN Live Streaming Video banner instead; WTF? But I do NOT wanna watch the "Peacock-lite" feed, as I'd been hoping to LISTEN to the soothing tone of Paul Page instead...

So I looked 'N looked to NO avail - saying FUCK out loud to 'Lucy my ARSE-steamed Screen Reader, as thy 'Confuzer's clock now read 11:06AM and the Qualie' sessions are only 10mins apiece; SHEISA!

As oh, by the way, have I reminded Y'all lately that I'm legally blind... Which Yuhs can read more about in;

Thus as my anger rose towards the Retarded Indycar.com website, I thought I'd go to my backup default website instead; that being IndyCar Radio (dot) com, which has worked in the past, but strangely every time I clicked on Listen Now absolutely NOTHING happened; URGH!

So I went back to Indycar.com and tried hunting about some more and finally begrudgingly decided to click upon the NBCSN Live Streaming link which took me to their website, which guess what; Gee Wally! I couldn't figure out how to make that work either...

Hmm? Are Y'all sensing a pattern here? As why in the name double Hockey Sticks; Err HELL!  Does everything need to be  so teensy-weensy graphically intensive symbol driven touch screen friendly BULLSHIT these days, Eh!

AnyHoo, while I could continue this theme on 'N on, some twenty-five minutes into qualifying and feeling overly frustrated, I somehow miraculously spotted out of the corner of my eye's periphery a TINY white circle on the solid black background centered above the names being scored with an  arrow symbol pointing to the right... GAWD DAMMIT Indycar.com, knock this SHIT off! As guess what? I couldn't track my cursor inside of my enlarged magnification screen area in order to find the circle I'd errantly spotted moments earlier! Hmm? Why does the words CIRCLE JERK  come to mind here, eh?

Having finally gotten to the circle and clicking  I-T at 11:27AM (Pacific) I finally could hear Paul Page's voice after having missed the entire first two Qualie' sessions up to their only being some one minute-plus remaining in Group-2; FUCK!

Otay, well at least I can listen to the rest of I-T right? NOPE! The FRIGGIN' webcast Dumped just scant minutes into the Top-12 qualifying session, and unlike in the past, refreshing the page did NOTHING; FUCK!

So I closed the tab, which in my world means the entire browser closes; URGH! Then re-logged onto Indycar.com again, clicked the Live Timing & Scoring link, then fumbled, bungled 'N stumbled my way into finding that overly non-descript and extremely difficult to SEE play symbol  having lost some six-plus minutes doing all of this, and then returned to Paul Page telling me there was  less than 2mins left; SHEISA!

And this doesn't even take into consideration that every single time they went to interview a driver, you could NOT hear their comments, as the sound board operator scrambled to turn UP the volume during every single interview, to which if I'd set my volume to be able to hear them, then I'd have had my ears BLOWN OUT by Page, Pippa Mann  and Mark James when they resumed speaking!

So does anyone care? Probably not, but I for one find it 'Uber frustrating trying to follow a sport I've stayed committed to for over a quarter century now, only to be continuously stymied by the series Crackerjack webcast on a routine basis!

As I realize that I'm an insignificant spec upon IndyCar's radar, especially since I'm in such an uniquely small demographic, a la blind  & visually impaired spectators; BUTT! All of these yearly troubles of trying to follow the sport from the Pacific Northwest, where IndyCar refuses to go - simply makes me NOT wish to support either IndyCar or its television partners NBCSN and ABC; Oh Never  Mind! Chirp-Chirp?

May be IndyCar should stay away from the Northwest After all...
Posted by Tomaso at 2:22 PM